The Last Sky is a platformer with adventure game elements. The production combines a two-dimensional exploration with puzzles and an ambitious story about post-traumatic stress disorder ( PTSD is a disease that results from a terrible, life-threatening event, which is often experienced by soldiers involved in armed conflicts). The game was developed and released by Little Guy Games.

The hero of The Last Sky is Jake - a former fighter pilot struggling with PTSD, who decides to use the help of an enigmatic shaman named Tarak to overcome the disease. A mysterious ritual takes a man to a world of dreams, which is a product of his own subconscious.

In The Last Sky, the action is most often observed from the side - from the side-scrolling perspective. The player's task is to move through locations. This requires a lot of skill, because the game is mainly a platformer - in other words, we have to jump on different objects to move on. An important part of the game is also solving three-dimensional logic puzzles, which often consist in finding a way to leave a room.

A key role is also played by the gradual discovery of the main plot. From time to time, the player is forced to make choices that shape the story.

In The Last Sky, we can only play alone. The main game mode is a feature campaign.

The Last Sky has a nice, three-dimensional graphics. From a technological point of view, the graphic design does not stand out, but the creators have made an effort to make their game unique. This can be clearly seen in the artistic style and unusual projects of individual locations, which build in the player the impression of communing with an unreal, mystical environment. 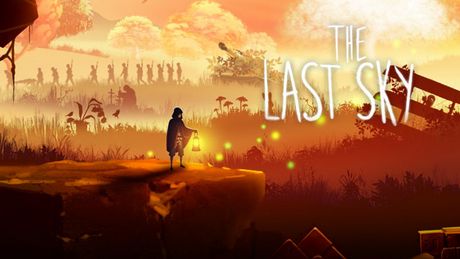 The Last Sky  Road to Nirvana

The Last Sky is a blend of exploratory adventure and classic platformer. The protagonist is Jake, a war veteran struggling with PTSD, trying to answer the question "what hurts more  what we've done upon others, or what others have done upon us?".