The Suicide of Rachel Foster is a narrative thriller adventure game. During the game, the players have to solve the mystery of a hotel, which belongs to the family of the main character. The production was developed by One-O-One Games. Daedalic Entertainment, the publisher of such games as Deponia or Machinarium, was responsible for the publication.

The action of The Suicide of Rachel Foster takes place in the 90s. The main character of the game - Nicole - returns to her family hotel. The object is burdened with a huge tragedy. Ten years earlier, the protagonist left it with her mother when they discovered her father's affair with the title Rachel. This relationship resulted in pregnancy and suicide of the girl.

Now, Nicole wants to fulfill her mother's last request and sell the hotel to compensate Rachel's family. She goes to the mansion together with a lawyer to put a price on the object. Unfortunately, a sudden breakdown in the weather traps woman in the complex. With the help of Irving, an employee of the Federal Crisis Management Agency, she begins to discover the secrets of the abandoned building.

Gameplay in The Suicide of Rachel Foster is based on exploration of the hotel. The player travels through the rooms, discovering clues that will bring them closer to the truth about the history of the object. 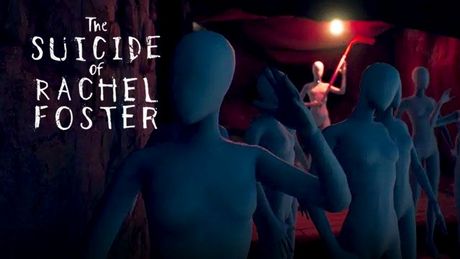 As the market is saturated with cheap walking sims, its getting harder and harder to find an outstanding game in this genre. Developers of The Suicide of Rachel Foster, however, managed to create one. Its a thrilling adventure you dont want to miss.