Total War: Arena is an online strategy game that combines elements of RTS (Real-Time strategy) and MOBA (Multiplayer Online Battle Arena) genres. It is a spin-off of the bestselling Total War series initiated back in 2000 with the release of Shogun: Total War. Contrary to its predecessors, it is not set in any particular historical period; instead, it lets the players assume the role of numerous commanders from different ages.

The game was developed by Creative Assembly, the creators of the Total War series as well as a number of other well-received titles, including Viking: Battle for Asgard, Stormrise and Alien: Isolation.

The essence of Total War: Arena are epic battles fought between two competing teams of ten players each. In combat, each person controls three selected units (for example: infantry, archers, pikemen, etc.) lead by a commander. The available leaders include such legendary warriors as Alexander the Great, Scipio Africanus, Leonidas, Germanicus, Militiades and Julius Caesar. Each of them has unique fighting style and abilities that can turn the tide in the critical moment. For instance: Leonidas Greek infantry can close its ranks to resist charge of virtually any enemy. In contrast, Militiades footmen can charge the opponent while covering themselves with shields or, alternatively, drop them to gain a movement speed bonus and easily catch fleeing foes.

The goal of the game is to take over the enemy base or to cut down all opposing forces. The gameplay has a significant tactical depth to it  skillful cooperation between teammates is therefore key to victory. In practice, each co-player is responsible for combat activities taking place in his part of the map, although we often have to come to our allys aid when his units cannot hold their ground, thus the outcome of the battle does not depend on one players actions but all of them.

Both combat and development systems in Total War: Arena somewhat resemble the solutions known from World of Tanks. The game utilizes the characteristic division into classes. By gaining experience in subsequent battles, we unlock new types of units and develop those we already own by, for example, equipping them with better weapons. We also progressively improve the skills of our commanders. Since the game uses the free-to-play business model, we may buy unique units and aesthetic elements for real money, as well. However, the microtransactions are designed in a way that does not give any actual combat advantage to the players that wish to spend cash.

Since day one, Total War: Arena was being designed to be a multiplayer-only game. Two teams of ten players who control three selected units participate in each battle which in total makes 60 units on the battlefield all at the same time.

Total War: Arena is powered by the engine used in Total War: Rome II, although it was modified to ensure better performance and smooth gameplay on older machines which are critical in online gaming. As far as visuals are concerned, buildings and units are less detailed than in the main TW cycle. Contrary to the abovementioned World of Tanks, the action is observed from an aerial perspective, which allows for better control over the battlefield and gives the battles the proper scope.

This game guide for Total War: Arena includes tips and hints that will acquaint you with the battles of ancient civilizations. It contains basic info for new players about units, factions & a lot more. Check out how to win every war in Total War: Arena! 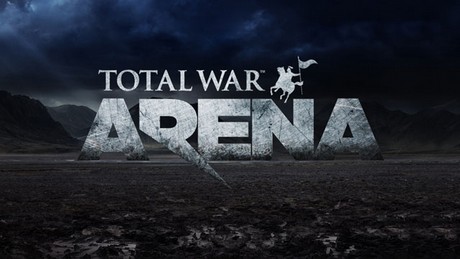 Weve just tried out Total War: Arena, a online game set in the times of Rome II: Total War, which focuses on fast skirmishes amongst 20 players. Will Creative Assembly be able to cash in on the free-to-play craze?