WarBirds is an advanced World War II aircraft simulator created by the iEntertainment Network team, designed primarily for multiplayer gaming. Repeatedly developed and improved production over the years has earned itself the title of one of the most realistic and complex simulation games for personal computers.

The basic mode of the game is online gameplay, during which we choose one of the four sides of the conflict and fight for dominance in the air and on the ground. The aim of the game is to take over all airports belonging to the opposing team. Depending on the type of aircraft, we can control not only rudders, but also machine guns or bombs. In addition to flying machines, the game also includes aircraft carriers, cruisers and ground vehicles. Players can communicate with each other while playing thanks to a specially developed voice communication system. The game is played on iMagic Online servers and requires quite high monthly fees. For those who want to feel the taste of competition without straining their wallet, there is a head-to-head mode, allowing you to fight an air fight "one on one" with any friend of your choice.

In order to compete against thousands of players on the web, it will be necessary to have an appropriate practice, which can only be gained through offline training. The game offers more than 50 realistic World War II machines such as Hurricanes, Spitfires, Zera, Messerschmitty, Junkers, Mustangs and many, many more. Each of them, apart from the faithfully reconstructed cockpit, has completely different parameters and behaves slightly different in the air. The key to success in the game is to master the characteristics of each aircraft and to be able to use them properly in combat.

Since its premiere in June 1998, the game has been constantly developed, not only in terms of content, but also in terms of technical aspects. In addition to new machines and minor changes in the game mechanics, with subsequent updates we are getting better and better graphics, using the capabilities of the latest graphics cards. Aircraft and terrain models have become more detailed, textures and a number of graphical algorithms have been improved. WarBirds has seen many editions and spin-offs (Dawn of Aces, WarBirds: The Mighty Eighth, WarBirds: Red Baron or WarBirds: Dogfights). 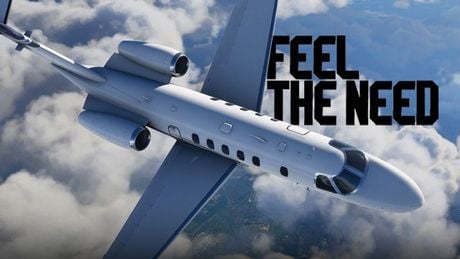