War is everywhere in Warhammer® Online: Age of Reckoning (W.A.R.), the new fantasy MMORPG from the creators of Dark Age of Camelot. W.A.R. features next generation Realm vs. Realm (RvR) game play that will immerse players in a world of perpetual conflict for years to come. Based on the famous Games Workshop licence created 25 years ago, the popular Warhammer fantasy world is one of the most elaborated to date.

Dominated by force of arms and magic, W.A.R. provides a rich setting for players to experience the glory of battle and the epic nature of a war ravaging the Old World. Players can experience many different kinds of adventures, with the chance to play together as a group or individually.

Every aspect of the game  every player, every quest, every encounter, and every battle  can turn the tide of the ongoing war and mean victory for your Realm!

Fight for the Realms of Order (Dwarfs, High Elves, and Empire) or Destruction (Greenskins, Dark Elves, and Chaos) in a war being waged across thirty-three massive battlefields.

Take part in Realm vs. Realm warfare and battle for the supremacy of your realm! With an army of allied players at your back, you will defend your homeland, invade enemy realms, and ultimately lead the siege of your enemys Capital City.

For the first time ever, players can engage in Public Quests - multi-stage, communal quests to be completed by allied players fighting together against overwhelming odds.

Embark on an epic quest to complete the Tome of Knowledge, a veritable encyclopaedia of the game, and unlock Warhammer lore, detailed monster information, new abilities and rewards, and major story plotlines. 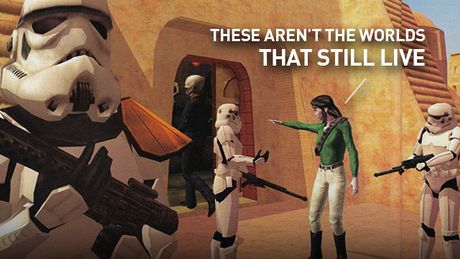