MMOs have a graveyard, where lie games that have been forgotten and neglected, that have fallen victim to market changes, poor marketing or bad decisions. Of course, some of them were simply weak and failed to win the players. Nevertheless, there were some that had a chance to shine, but fainted instead. Today, we take a look at these dead worlds!

I should also point out that I have no intention of idealizing games that are no longer with us. Each one has been lost for a reason and it would be pointless to do so. Instead, let's just appreciate these MMOs and wonder if new production in such settings would have a chance to dominate the market today. Hop in!

City of Heroes – the hero we didn't deserve? 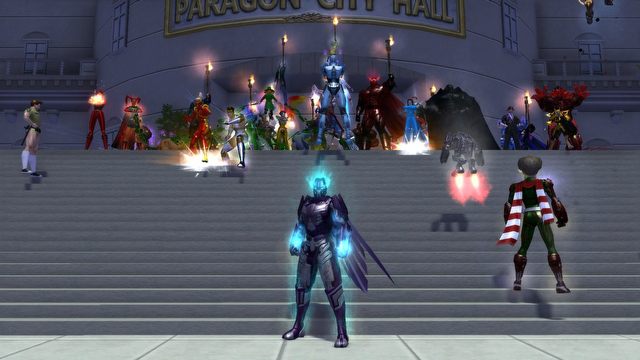 Lately, the fad for MMO games about superheroes is back. The market has DC Universe Online and Champions Online, but gamers are still looking for something different. Something once available, but now, as a result of a strange confusion, lost. We're talking about City of Heroes, which is basically a precursor to an MMORPG with characters running around in spandex and capes. The game enjoyed considerable popularity, although it was initially only available as pay-to-play. It was not until the end of the game's life that the creators decided to switch to free-to-play.

Why the decision to end City of Heroes? Publisher NCsoft reported that supporting this game proved unviable. Over time, it was revealed that simply not enough people played it (unfortunately, we lack specific data). Requests and entreaties, a petition signed by about 20,000 fans, even demonstrations at Atlas Park did not help. The publisher made the decision, and no one bought the license to the brand, so Paragon City went out of business. Which may be surprising, because against the backdrop of the competition, City of Heroes wasn't bad, offering a rich character Wizard, interesting factions, extensive storyline and dynamic combat system.