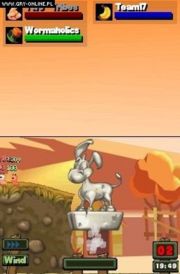 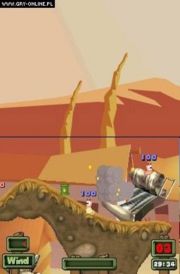 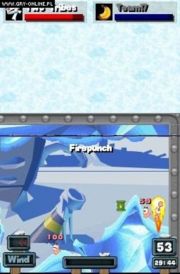 Worms: Open Warfare 2 builds upon the success of last year's Worms: Open Warfare. In addition to the classic Deathmatch mode, the game also includes robust new single and multiplayer modes such as Rope Race, Fort, Puzzle and Campaign modes that challenge players to use new strategies and teamwork to defeat their enemies. The new Firing Range allows gamers to test their weapons skills, including 11 new weapons like the Bunker Buster and Buffalo of Lies as well as classics such as the Super Sheep, Concrete Donkey and the Holy Hand Grenade. Gamers that take the battle online will be able to demonstrate their Worms combat prowess with daily updated stats and leaderboards on the official Worms website. Players will also enjoy the new, in-depth customization options including custom landscape and team flag editors in addition to modified hats, tombstones and victory dances for their worm teams.