Season 26 is coming to Diablo 3; it will launch on April 15, 5 pm GMT and will introduce some changes and fix some known bugs. It will also enable us to take part in the Echoing Nightmare event, which will test our skills against a constantly increasing difficulty level. In turn, on May 15, Blizzard's game will turn 10 years old. 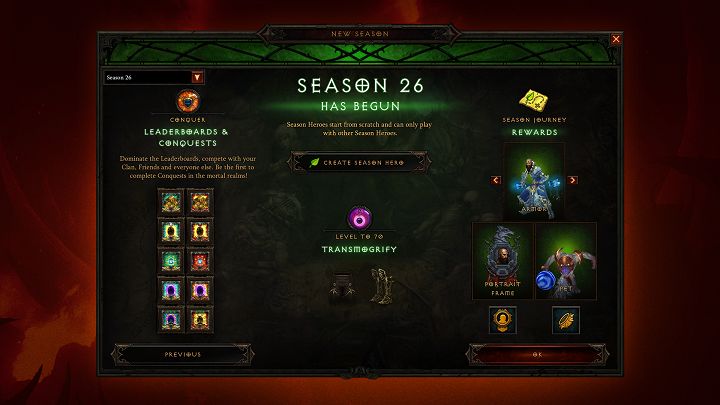 In the newest season of Diablo 3 the players will take part in an event called Echoing Nightmare, where they will battle against increasingly powerful opponents. They will join in the fun after taking the Petrified Scream from the defeated Greater Rift Guardians and stransmuting it in Kanai's Cube. A portal will then appear, crossing which will begin the the skill test in Echoing Nightmare.

More details about season 26 can be found on the official website of Diablo 3.

On May 15, exactly one month from the start of the new season, Diablo 3 will celebrate its 10th birthday. Despite being a decade old the game is doing very well. Although players sometimes complain that Diablo 3 doesn't change much from season to season, during these 10 years the game has evolved a lot. Diablo 3 has seen the addition of numerous items, improved mechanics, the introduction of pets, and over time, interesting events including Darkening of Tristram, where you can revisit the Tristram Cathedral, known from the first Diablo.

Waiting For Your Steam Deck? There's Good News About Shipping