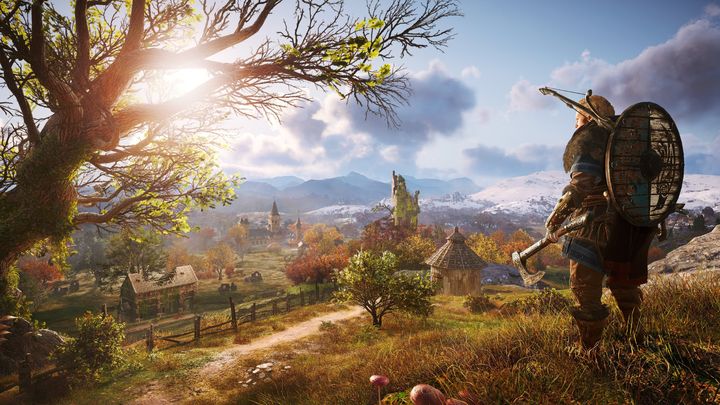 Yesterday's presentation of Xbox Series X games revealed the first gameplay fragments of Assassin's Creed: Vahall. Unfortunately, the material disappointed a large part of players - videos published on Ubisoft and Ubisoft North America channels on YouTube received several (in the first case) or even tens (in the second) of thousands of dislikes.

The main problem here is that the much-heralded gameplay trailer was missing... actual gameplay. The short video is actually a cluster of scenes pulled out of context and we don't see anyone actually playing Valhalla. The dissatisfaction is also visible on the Reddit forum, where the users are quite vocal with their criticism aimed at the French developer.

"What is the marketing purpose of this? To keep Assassins Creed in the news cycle? Call me old fashioned but these teasers are a waste of time for everyone, from game devs to fans to journalists. This makes me nervous that it may be an Odyssey re-skin and they’re banking on hyping up the Viking setting for it to sell," writes LaidByTheBlade.

Or is it the coronavirus?

Some believe that the situation could be caused by the pandemic and the need to adapt to current realities.

"They're used to just putting stuff at E3 then just releasing trailers and interviews afterwards, but they're trying to adapt and failing, E3 as marketing is more useful to companies than you might think," says gaymerzeke2019.

"I think it's important to remember that all their artists and marketing people have had to probably work from home these last two months, just like the rest of us. It's likely that what we got to see was not what they originally had in mind," olive1112 notes.

Other players are of the opinion that the way Assassin's Creed: Valhalla is advertized is not really different from what we were used to in previous installments.

"So far almost every Assassin's Creed game has had a Cinematic Trailer then an In-Engine Trailer (often billed as gameplay) just like this one. The only difference is that the In-Engine trailer is normally debuted at E3 then followed with gameplay demos being shown. So, no, I don't think they saw backlash coming because there has never been backlash like this before even though they have done almost the exact same things," notes ColdCruise.

For their part, the developers admitted that the players had the right to expect more and assured that over time we will learn all kinds of things about the title.

And how did you like the gameplay trailer of Assassin's Creed: Valhalla? Are you more excited or disappointed?

Stellaris is Just Warming Up; The Game has „Almost Infinite Potential”