In a series of questions and answers for Game Informer the creative director of Quantum Break, Sam Lake, revealed some interesting information about Remedy Entertainments plans for the future. For starters, the studio behind the first two Max Payne games and Alan Wake revealed that Alan Wake 2 is definitely going to happen one day. We actually do not know anything about the game itself or even whether the sequel of this successful survival horror really is in the works right now. However, asked if we would ever see Alan Wake 2, the developer gave loud and clear yes. We look forward to hearing more about that in the future. 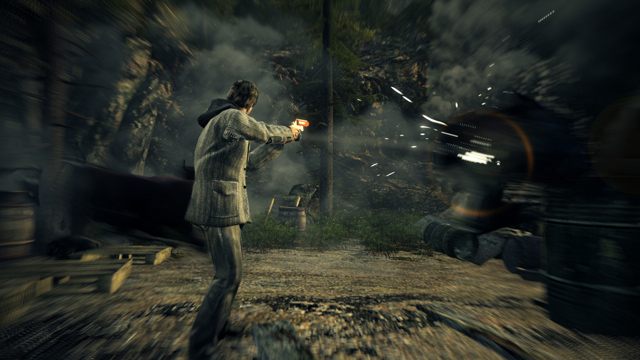 PC players had to wait for their version of for Alan Wake two years more than Xbox 360 owners.

The first Alan Wake was a timed Xbox 360 exclusive. Two years after debuting on the Microsofts console in 2010, the game was ported to PC. Soon afterwards, it received a standalone expansion Alan Wake's American Nightmare, also released on personal computers. Will the same fate meet the upcoming action game with time manipulation feature? We cannot say for sure, but in the same interview Lake said he would like to see Quantum Break on PC. Microsoft have been known for releasing its console excusives on Windows PC some time after their original launch, so it definitely is possible. Oh, and there will be dinosaurs in Quantum Break.

Crusader Kings II A Game of Thrones mod got a 1.0 update

Overwatch is coming to PC and consoles in Spring 2016, most likely as a full price game