Illnesses, war, angry mistresses, jealous husbands, trecherous vassals, dissatisfied family members, miscalculations when organizing a conspiracy - the causes of death in the Middle Ages were varied and many. This fact was reflected as faithfully as possible by Paradox Interactive's team during the development of Crusader Kings III, the latest installment of the popular global strategy game series. And indeed, when playing in the title, the characters present in it may die in various ways. But what should they fear most? An attempt to analyze this issue was made by a Reddit user known as Imnimo, who wrote a simple script analyzing the life expectancy and causes of death of all the characters in a single 600 in-game years-long session. 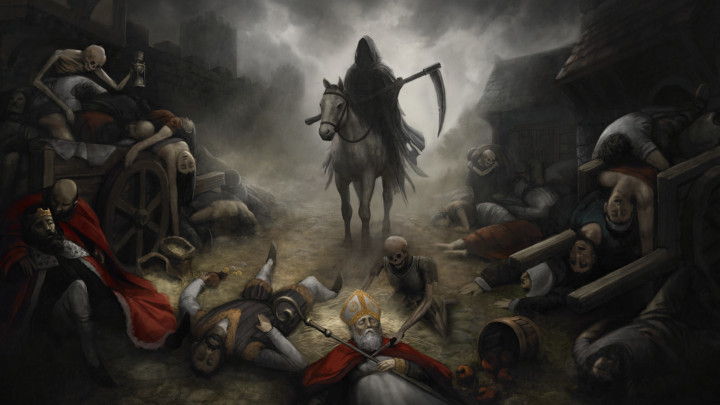 What do characters in Crusader Kings III usually die from?

Before we move on to the results of the study, first a few words about the methodology. First of all, the script written by Imnimo in each case included only one cause of death. Thus, if a given protagonist suffered from depression and had the plague as extra, then the latter disease was treated as the primary cause of death.

Moreover, Imnimo decided to divide all the factors leading to death in Crusader Kings III into ten categories. Here they are:

Based on the collected data, the following diagram was created. The horizontal axis shows the subsequent years of a character's life, and the vertical, frequency of deaths at a given age and their causes.

As we can see, in the analyzed game session the largest number of people died of natural causes, as much as 35.5%, most of them approaching eighty at the time of death. At this point some may be surprised. After all, there is no shortage of people for whom the Middle Ages is associated with people dying rather young. And in fact, the age at which the characters most often died in Imnimo's study is somewhat exaggerated, but not as much as it might seem. The main problem in the area around the first half of the second millennium that led to significant reduction of average life expectancy, was the high infant mortality (which can also be seen in the graph above). When a man or a woman managed to get past this period, they usually lived to around fifty.

According to the results of Imnimo's research, characters as old as over one hundred years appeared in his game. All of them were mayors. This is most likely the result of a game error.

The second most important cause of death in Imnimo's gameplay were wars. 19.6% of characters died in its result. Just behind them landed diseases (18%) and injuries (11.7%). Interestingly, in the case of these three categories, deaths occurred most often around sixty.

Imnimo also prepared graphs showing the mortality of characters in his Crusader Kings III session by gender. These charts show that the statistics for natural deaths were significantly increased by women. As many as 41% of them died due to old age. Whereas men increased the number of deaths due to wars. As much as 26.6% of them gave their lives on the battlefields, most often between 20 and 60 years of age.

Of course, we should remember that in Crusader Kings III everything is random and in the case of your gameplays, for example, the statistics may look a little different. However, the study carried out by Imnimo is certainly interesting and gives a certain picture of how mortality in the title is currently handled. Will Paradox decide to change something with the next patches? We should find out about it in the near future.