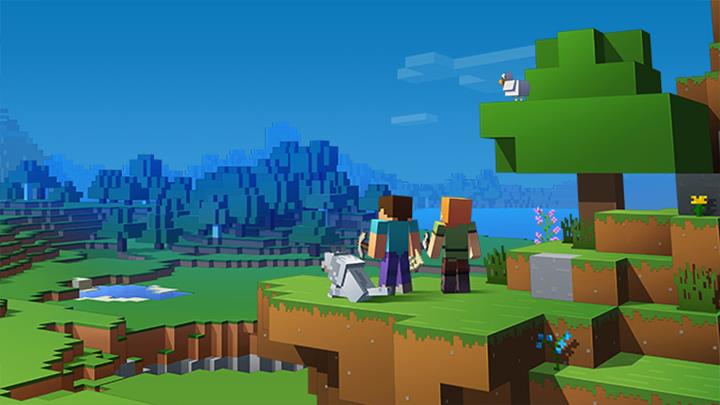 We're about to vote for a new mob in Minecraft.

A new mob is coming to Minecraft. What's so unusual about it? This time it's the community that will decide which monster will appear in the game. This is another such action by Mojang.

During the last community vote, the Phantom was added to the game. Although the mob was chosen by the players, not everyone was happy after its launch.

On the official website of the game, information about voting appeared. The candidacy of 3 mobs was presented and fans were encouraged to take part in a Twitter poll. There was an animation on YouTube showing the proposed creatures.

How do the candidates look like? Moobloom, Iceologer, Glow Squid are the potential new mobs. Moobloom is another variation on the cow, and everyone knows how the cow looks like. Except that flowers grow on the back of this cow. There are plans for the interaction of the four-legged creature and bees. To quote the official Minecraft website, "vote for the Moobloom if you want the Flower Forest biome to be more floral than ever!" The coloured bovine has already a lot of admirers on Reddit, fans are creating drawings to show support for the mob running in the upcoming elections.

Many players support the Iceologer, because they are expecting a new weapon to come into the game with him. They also point out that the mob would increase the variety of opponents and diversify the landscape of the ice biome. On the graphics prepared by a fan named Joshua_Bluemoon, a number of arguments for voting for the frosty opponent appeared. The downside noticed by the community, which does not remember the Phantom very warmly, is the risk of easy death at an early stage of the game or when we are not ready to fight. The opponent, who has been renamed to "Chillager" by the players, is still a popular candidate.

Glow Squid would be a great match for the update that added life to the oceans. The glowing creature from the depths is actually the same Squid that the players have known for a long time. Except it's glowing. From what's revealed on the game's website, it's the only characteristic of the mob.

However, despite the general enthusiasm, the players don't understand why they should choose between these mobs. Each one of them is supposed to inhabit a different biome, 2 of them are non-agressive, one is friendly, and Glow Squid could be created by a player with Internet access in a few hours. Choosing between them is difficult because they have not much in common, according to which they could be compared. So why should the community choose? Couldn't Mojang give the players all the mobs if they caused such a stir?

The vote will take place on October 3, during Minecraft Live. You will be able to vote in a Twitter poll.