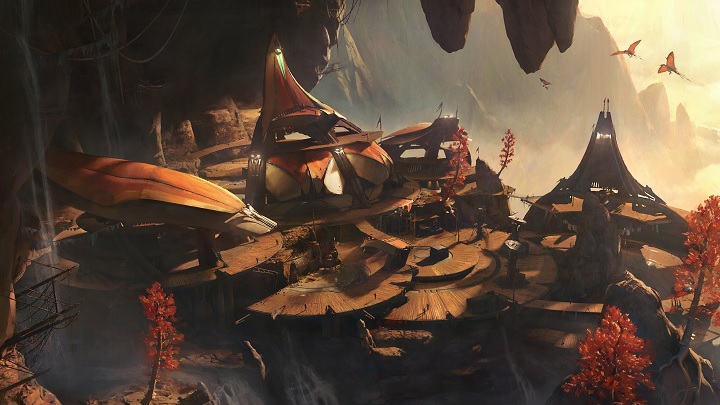 The creators showed some materials from Anthem Next.

It's been a long time since BioWare confirmed its plans to introduce great changes to Anthem, but we still don't know much about the so-called Anthem 2.0 (also known as Anthem Next). A some information is revealed by the latest entries of Christian Dailey. In the past weeks, the head of BioWare Austin has shared a handful of concept arts from the renewed Anthem. They show some of the new locations, including the headquarters of a new faction, the pirates, whose members we could see in the entry posted at the beginning of the month.

For the time being, Dailey hasn't shared the details, but in his last message he announced the completion of another Anthem-related entry, which will be posted on BioWare's official website. We don't know when exactly it will be published - the text is still waiting for proofreading and acceptance. Nevertheless, this should happen in the next few weeks. It's hard to guess what we'll find out in it, but at the beginning of July Dailey mentioned that he hopes to shed some light on issues such as "player autonomy", the progressions system and the endgame. He also assured that work on the update was going smoothly. We take your word for it, Chris.