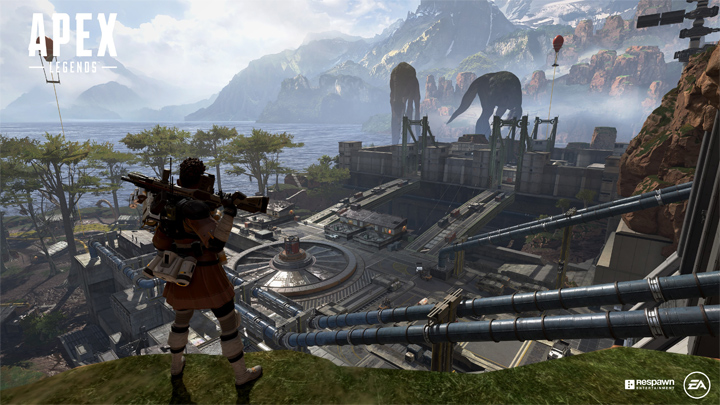 The devs have some ambitious plans concerning future support of the game.
APEX LEGENDS IN A NUTSHELL:

Apex Legends, the battle royale shooter embedded in the Titanfall universe, is gaining popularity at an astonishing pace. However, the authors are aware of the fact that maintaining the interest of players will require a rapid development of the game. In an interview with VentureBeat, the creators shed some light on their plans for the future.

Respawn Entertainment intends to be adding new maps to the game instead of endlessly modifying the one, main level, as does Fortnite. For the time being, little is known about the additional battlefields, apart from the fact that they will probably be larger than those currently available in Apex Legends.

Next month, the first season will start, which will bring, among other things, new characters and items. There are also plans to extend the list of skins and modes. It is worth mentioning here that a few days ago fans found two additional variants of the game in the game files.

On the other hand, we shouldn't expect titans to be added into the game, (the mechs which are one of the hallmarks of the Titanfall series). The authors decided that in Apex Legends, machines of this type could negatively impact the balance. The developers prefer to focus on colourful characters with special abilities and unique equipment.

Respawn will be supporting Apex Legends for at least a year, but they believe that if players don't abandon this production, it will be able to live for a decade, changing all the time and receiving new elements on a regular basis.

Recall that Apex Legends was released on 4 February this year, simultaneously on the PC, Xbox One and PlayStation 4. The project uses a free-to-play distribution model with micropayments, and it turned out a fantastic success. During the first week, more than 25 million people played the game.

Titanfall 2 Gains in Popularity Thanks to Apex Legends