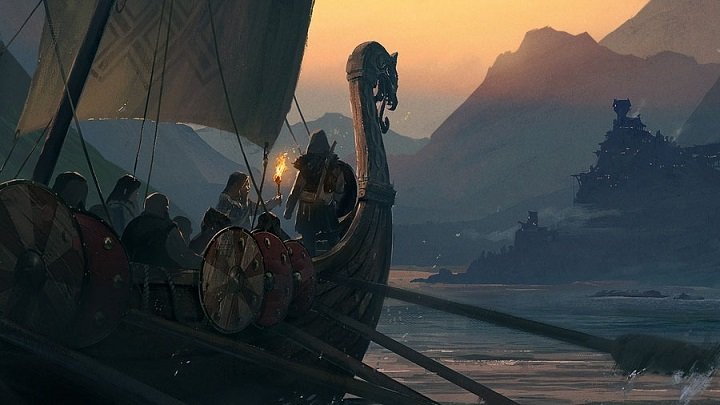 Is the next instalment of the series Assassin's Creed Ragnarok, or are the devs preparing other setting?

Today we will finally find out which rumors about the next installment of the Assassin's Creed series were true. A stream has just been launched on Ubisoft's Twitch channel, the aim of which is to reveal the setting of the new chapter of Assassin's Creed's story. The French company executes this event in a similar way as it once announced Far Cry Primal. The stream will slowly reveal clues that will indicate which region of the world, and in what era, we will visit in the game. The artwork itself was prepared by Kode Abdo, an illustrator known as Bosslogic.

According to most rumors, this year's installment of the cycle will be Assassin's Creed Ragnarok, which will take us to the Viking age. However, these speculations were denied in January by analyst Daniel Ahmad, usually well informed in such cases. So it is possible that Ubisoft is planning to give us a virtual trip to ancient Rome in Assassin's Creed: Legion, as suggested by the rumors from February 2019. Of course, the devs may also well bet on a completely different setting. We will probably find out soon who lied and who told the truth.

Let us recall that the latest part of the series is Assassin's Creed: Odyssey released in 2019. The game launched on PC, Xbox One and PlayStation 4, and is also available on Nintendo Switch in Japan (thanks to streaming).