According to the rumors, the next installment of the Assassin's Creed franchise is coming in 2020, so some time will pass before the game is officially announced (we bet that it will be around next year's edition of E3 fair). Therefore, it is worth noting the new batch of rumors about the project, according to which the game will be called Assassin's Creed: Legion. The rumors were accompanied by reports about Watch Dogs 3. The information is certainly interesting, but until officially confirmed, it should be treated as an interesting speculation. 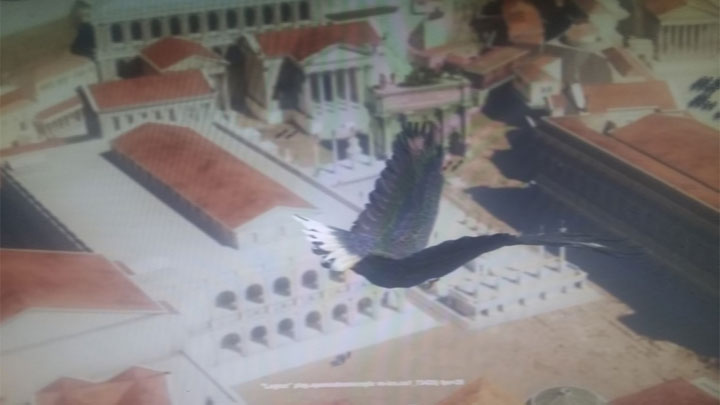 Assassin's Creed: Legion is to take us to Ancient Rome. The plot will begin in the final period of the reign of Marcus Aurelius, and then his son Kommodus. The project is to be developed by the Ubisoft's branch located in Sofia, and the whole project will be the culmination of the so-called ancient trilogy.

Again, the game lets you choose between two characters, Cassius and Lucia, descendants of the characters from Odyssey and Origins. Compared to the previous installments, more emphasis will be placed on the threads associated with the First Civilization. However, the script will focus primarily on asssassinations and political plots, so that the story is more reminiscent of the old parts of the cycle. The campaign will also include sequences that take us to other periods in the history of the Roman Empire, including the so-called year of the four emperors.

The map will cover the territory of the Roman Empire as well as small fragments of Germania. RPG elements and mechanics of choices and consequences will be preserved. In addition, the systems of mercenaries and cultists will be improved.

The creators want Assassin's Creed: Legion to be a production that will satisfy both the old fans of the cycle and the people who loved Odyssey.

The rumors about Watch Dogs 3 are much more scarce. The game is to be released this year and its action will be set in modern-day London, which coincides with earlier speculations. The mechanics will focus on fighting with small calibre weapons and knives. The role of hacking in the game will also be increased.

For the first time in the history of the franchise there will be two protagonists to choose from - a man and a woman, but this decision will not have a significant impact on the plot.

Finally, it is worth mentioning that the speculations about Watch Dogs 3 taking place in London appeared as early as in 2017. This was suggested by the modified outro cut-scene of the second part of the series, introduced by update 1.11. You can watch it below, but we advise against if you haven't finished the game because the material contains big spoilers for Watch Dogs 2.