It looks like in the near future Nintendo Switch owners will be able to check out two more installments of the Assassin's Creed series. This time we are talking about Assassin's Creed IV: Black Flag and Assassin's Creed: Rogue Remastered, which were added to its Switch offer by the Greek shop The Console Club (after which it was quickly removed, but it is well known that nothing is ever deleted from the Internet).

While this could be considered an ordinary mistake, it is worth noting that the situation occurred shortly before the upcoming Nintendo Direct transmission, where the company will share its plans for the future. As Nintendo works closely with Ubisoft, and the latter is eager to port older Assassin's Creed installments to various platforms, we can safely assume that something is really happening. 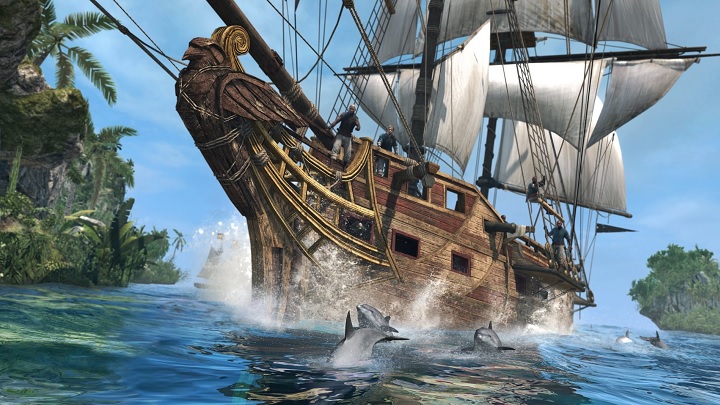 Assassin's Creed IV: Black Flag and Assassin's Creed: Rogue Remastered enable the players to play as not only Assassin and Templar but also fearless and battle-experienced sailors.

So far, Nintendo Switch owners can check outAssassin's Creed III Remastered, which they received in May 2019 in a package with Assassin's Creed: Liberation Remastered, as well as (thanks to streaming and only in Japan) - Assassin's Creed: Odyssey. Ubisoft still has a lot of room to show off; while it's hard to imagine that the first installment of the series would go to the "switch", the release of Assassin's Creed: The Ezio Collection compilation seems to be quite possible.