Although it's been almost a year and a half since the release of Assassin's Creed: Odyssey, Ubisoft still supports the game. Today, the adventures of Alexios and Kassandra received an extensive patch, taking up about 4 GB (more or less, depending on the platform), with the number 1.5.3. As can be seen in the official announcement, while on PC, the patch solves problems with freezing after entering the Elysium (occurring on AMD Radeon RX 5700 XT machines), on other platforms, among other things, the devs have dealt with the pop-up message about new content that appeared after receiving Melaina. 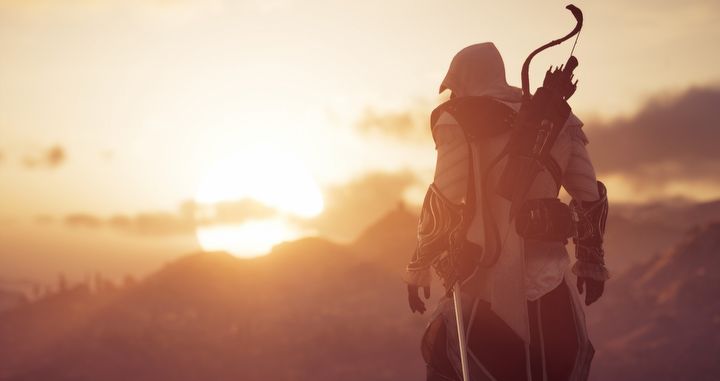 However, this is not the end of the news related to this title. The French publisher is preparing a small gift for all those who missed Ezio Auditore and his Assassin outfit. We are talking about a package of cosmetic accessories called Ezio Roman Set, which in to appear in Assassin's Creed: Odyssey in unspecified future. In the coming days, developers are going to share information on how to unlock it. In the meantime, we can take a look at the picture provided by the creators, presenting this outfit, available above.

Let's also recall that Assassin's Creed: Odyssey made its debut on PCs, PlayStation 4 and Xbox One on October 5, 2018. The production proved to be an artistic and commercial success, and for many months after release it was regularly expanded with paid and free DLCs. As a curiosity it is worth mentioning that patch 1.5.1, published last October, was to supposed to end support for this project.