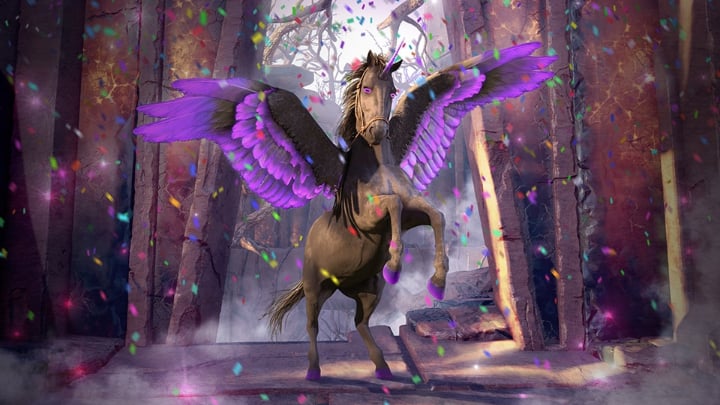 Melaina is a mount that will soon appear in Assassin's Creed: Odyssey.

In three days it will be a year since the launch of Assassin's Creed: Odyssey and according to the information provided by Ubisoft, in October the game will receive its last patch. The final patch number v1.5.1 will focus on fixing remaining errors. After its launch, the title will no longer be developed. However, the French company did not forget about the anniversary and announced special attractions for players.

Since yesterday we can again take part in battles with epic opponents, which enables to face other mercenaries and ships every day. Your opponent for today is Occylos the Successor, and tomorrow you will face Polycaste the Jilted. The full schedule of the battles can be found here. For dealing with each enemy, players will be rewarded with 15 Orichalcum bars, so that they can collect 105 pieces of virtual currency in one week. They will be able to spend their earnings on a new mount, Melain, which will be sold in the in-game store in October.

Soon the studio is planning to reveal more information about new features.

Ubisoft also shared interesting achievements of the Assassin's Creed: Odyssey community. It turns out that the players have already sent more than 20 billion opponents to Hades, dismantled 107 billion weapons and took 48 million photographs. Their conversations were mainly friendly (68%), truthful (66%), supporting the interests of gods instead of people (57%) and they were willing to romance on every occasion (71.5%). They spent over 645 million hours in the game, including 1.25 million in the body of Ikaros the eagle.