The latest FAQ regarding the launch of the open beta for the upcoming Battlefield 2042 brings good and bad news for console owners (PC gamers, meanwhile, should check out the updated system requirements). The good news is aimed at PlayStation owners, while the bad news is aimed at Microsoft platform owners. For the former, the beta will be really "open", as it does not require a PlayStation Plus subscription. Unfortunately, Xbox users will not get a similar privilege - in this case, it will be necessary to pay for the Xbox Live Gold service. 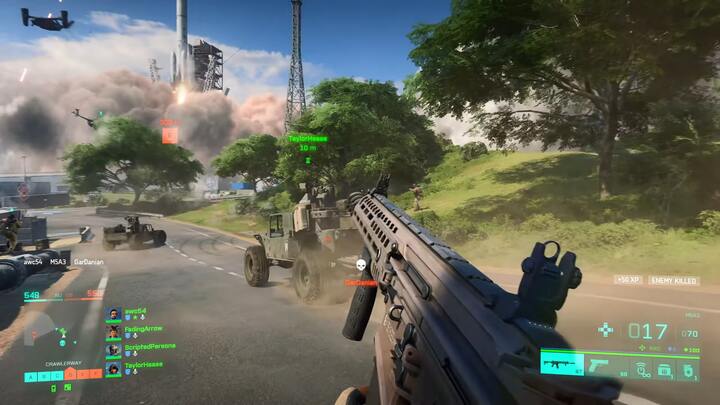 This does not mean, of course, that players gathered under the banner of Sony will escape the requirement after the end of testing. To enjoy all the online features of the title after the release PS Plus will be required..

Nevertheless, Xbox owners also received a kind of convenience. Active subscribers of Xbox Game Pass will gain access to the beta on October 6 (along with players who pay for EA Play and those who pre-purchased the title), as opposed to the rest, which will have to wait two additional days.

The testing will end on October 9. Pre-loads will become available next Tuesday. The open beta will be available on PC through the Origin client, EA App, Steam, and Epic Games Store. Battlefield 2042 will be released on November 19, 2021 on PC, Xbox Series X|S, PS5, as well as Xbox One and PS4.

Spider-Man 2 Darker Than First Part; „It's Our Empire Strikes Back”