Tumbler Ridge, a town in British Columbia, Canada, with a population of about 2,000 people, is surrounded by wilderness. Everywhere you look, you see an ocean of green, a sea of silence that is occasionally interrupted by the sounds of wildlife. However, the Internet and TV reach even a place so distant from the hustle and bustle of big cities. Residents who got up on Saturday morning wanting to browse the latest news or watch another episode of their favourite TV series over breakfast had to quickly revise their usual plans. Since about 4:00 a.m. there was no access to both the global network and television. Additionally, there were disruptions in telecommunications. Service technicians from Telus, a local service provider, who arrived on the spot to make repairs, quickly located the cause of the blackout, which deprived 900 people of Internet access, and 60 people of television. It turned out that the local beaver population was the culprit. 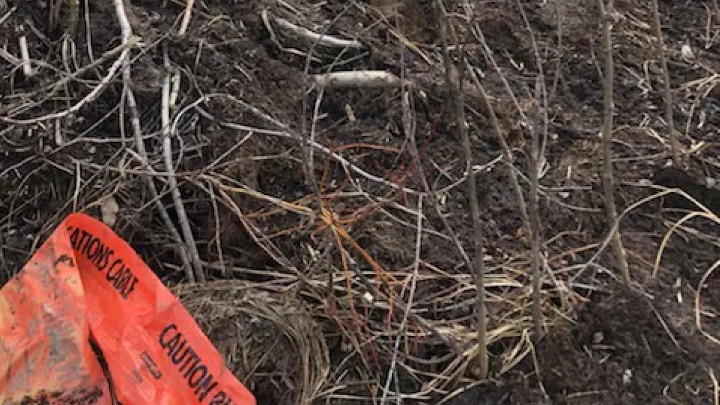 In the picture you can see the tape and cables as a part of the dam (Source: Telus)

Beavers in Canada enjoy a reputation as one of the animal symbols of this North American country, although they are perceived differently by people. Arguments about the ecological usefulness of the dams they build are unquestionable, but voices speaking about the negative effects of the rodents' activity are equally difficult to refute. They can be responsible for flooding, or even medium-scale floods, and cause damage to farms. The described incident is definitely less characteristic. Beavers got into communication cables buried about a meter underground, and then bit through the sheath of the cable, which was 12 centimeters thick, damaging the cable itself. Their action was by no means aimless. Further "investigation" showed that the animals, called the best engineers of nature, used fragments of cables and warning tapes to build dams. Will the unusual material significantly improve the construction? No one knows, but the townspeople are probably hoping that this is not a new construction trend among the rodents.

Technicians restored all services around 3:30 p.m. local time Sunday, ending a nearly 36-hour service outage. However, Telus reported that there may still be interference with phone calls until the cable is fully repaired. Quoting Liz Sauvé, a spokeswoman for the telecom company, it was a , "uniquely Canadian development."

Elon Musk on Mars Colonization: „Bunch of People Probably Will Die in the Beginning”

Star Citizen Gets a Big Update, but NPCs Still Stand on Chairs and Benches

Metro Exodus and Darksiders Genesis in Humble Choice in May