Bethesda Game Studios are currently actively working on three big projects, said Todd Howard in a conversation with Glixel. Two of them are more or less what Bethesda usually does  large, open-world RPGs  whereas the third one is being developed for mobile platforms (and no, its not The Elder Scrolls V: Skyrim for Nintendo Switch or Fallout 4 VR). Sadly, no details have been revealed so far, but that may change at this years E3 in June  guys from Bethesda already confirmed their presence at the next edition of the largest gaming convention. 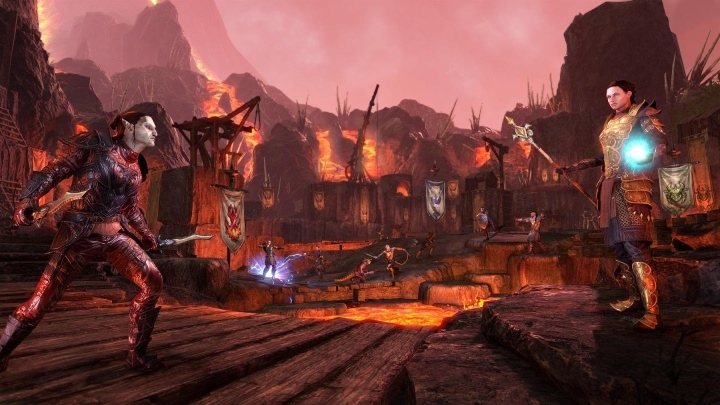 For now, fans of The Elder Scrolls series must get by with TESO and its add-ons.

These two major games are going to be even bigger than what the developer has done before, and a bit different too. It is unlikely, however, that one of them is The Elder Scrolls VI, because last year Bethesda confirmed that they would first deliver two Skyrim / Fallout 4-sized games before the sixth TES.

In that conversation, Todd Howard also mentioned Fallout Shelter and its success to date. He said that Fallout Shelter has now got about 75 million players and ascribed part of this result to the games uniqueness. The unannounced new mobile game is also said to be different in style and uniqe.