There are many indications that the Call of Duty: Modern Warfare II beta will begin later than planned.

The closed beta will be available to anyone with preorders. However, open tests are also planned. In addition, PS4 and PS5 console owners will be able to play a week earlier than the rest of the players.

Those wishing to learn more about the game are recommended to read our articles: 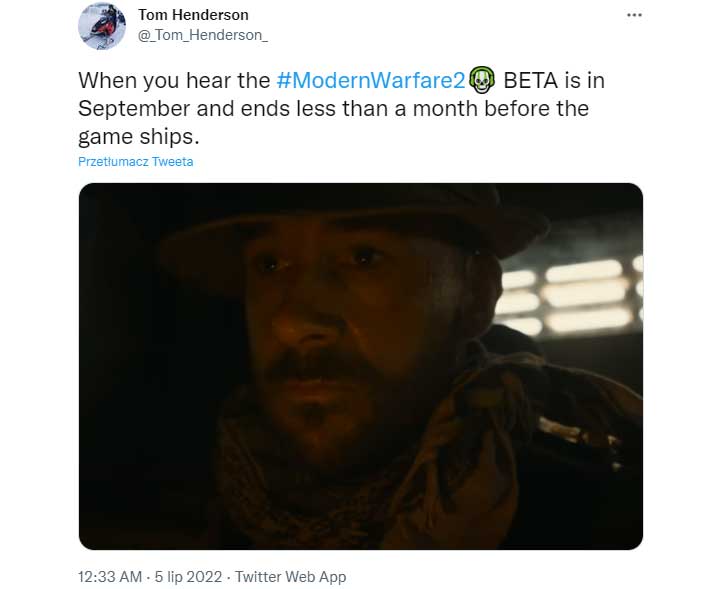 Weekend #2 (for owners of other platforms):

Call of Duty: Modern Warfare II will debut on October 28, this year, simultaneously on PC, PlayStation 4, Xbox One, PlayStation 5 and Xbox Series X/S.

Future of Assassin's Creed to be Revealed at September's Ubisoft Forward

Red Dead Online Fans Fed Up With Waiting; Hold Funeral for the Game

Tower of Fantasy (ToF) - Wanderer Creation Limit Reached Message, What Does it Mean?