The latest issue of Game Informer reveals some tasty details on the single player story campaign in the upcoming Call of Duty: WWII. The campaign will start off with the classic scene of landing on the Omaha Beach, heavily-inspired by the Saving Private Ryan opening battle. One of that missions strongest moments is going to be a brutal hand-to-hand duel with a German soldier.

The campaign will also feature a unique mission called The Wolfs Den, in which you will have to infiltrate a German base disguised as a Nazi soldier. That will have you interact with enemy soldiers and say and do appropriate things to support your disguise and avoid arousing suspicion. Other missions will take you across Europe, where you will take part in Operation Cobra in France, help the British stop a German train, and fight your way through the Hurtgen Forest to Rhine, among other things. 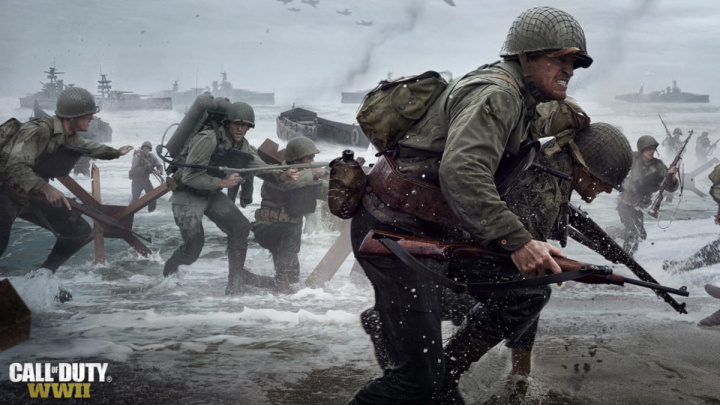 What better an opening there could be for a WWII game than the Omaha Beach landing?

Game Informer also reports that this time the multiplayer lobby will be more than just a virtual gallery, where players can show off their trophies. From time to time the base will be attacked, forcing you to defend it, which seems as an interesting addition.

There is also a new gameplay footage from the multiplayer mode, called War, in which the players will have to reenact some key battles of the World War II and complete specific objectives (e.g. build a bridge for your forces, destroy enemy ammo depot, or escort a tank).

Call of Duty: WWII is going to launch on November 3 on PC, Xbox One and PlayStation 4. Before that, the players will get to play the closed beta, which will run through August 25-28 exclusively for PS4 and then again through September 1-4 for PS4 and XONE.

Valves next game is Artifact: The Dota Card Game