Counter Strike: Global Offensive has been one of the most popular multiplayer games for years. However, in early June, Valve, the game's publisher, introduced paid Prime accounts, which apparently turned off many fans. Since then the game has lost 16.75% of users, which is the second largest drop in the average number of players since April 2018.

The introduction of Prime account fees meant that suddenly a large number of previously available options were no longer free. Without them, players can't earn ranks, experience, or any items, among other things. In order not to lose access to these elements of the game, you have to pay a one-time fee of $14.99. Valve explains the decision by wanting to reduce the number of cheaters who made other users miserable even in the ranked mode. 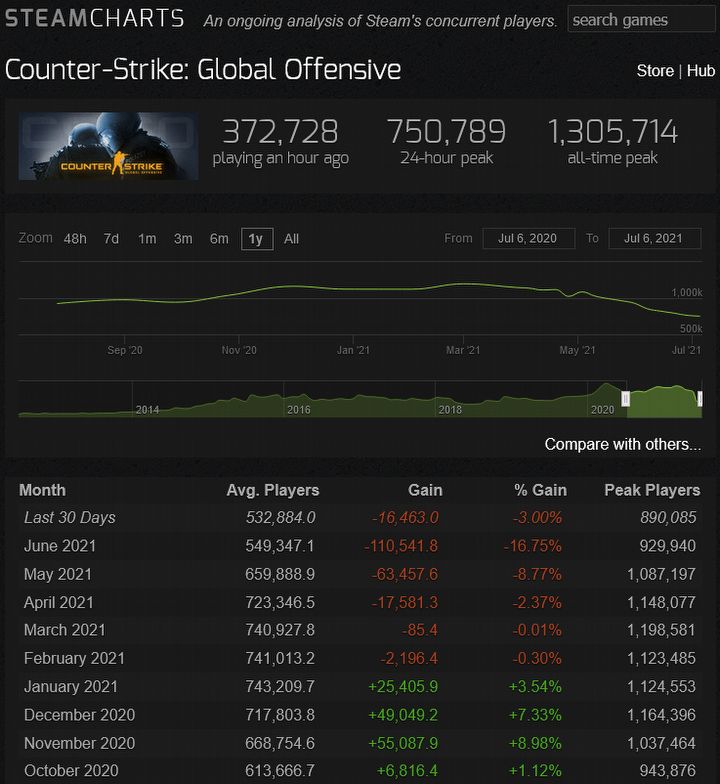 However, the numbers speak for themselves - the average number of players in May was 659,888, and in June there were only 549,347. These are not comforting results for Valve, especially since Valorant seems to grow stronger every month. The owners of Steam will have to make an effort to attract customers again. Part of that plan could be the change of game engine, rumors of which have appeared recently.

Atari Drops F2P and Mobile in Favor of PC and Consoles

The Lord of the Rings: Gollum Release Date and Gameplay Footage