Ahead of the game's release Cyberpunk 2077 CD Projekt RED boasted of a very immersive city, but it soon became apparent that while Night City is vast and beautiful in its own way, it lacks a lot to be considered a living metropolis. Fortunately, modmakers are coming to the rescue, delivering such projects as Stock Market and News System, which enables us to, among other things, invest in the stock market. 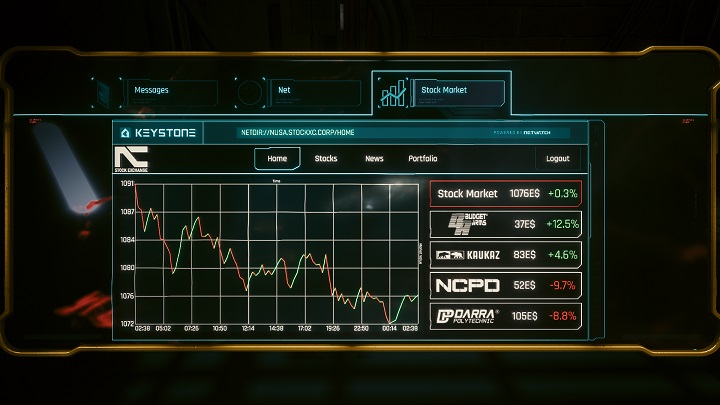 Stock Market and News System adds a Stock Market tab to each computer in the game. Through it, we can buy and sell stocks of various companies featured in the game, such as Arasaka, NCPD and Delemain. The developers have made sure that the player's actions have an impact on the rise or fall of stock prices. For example - if we invest in Arasaka and then carry out a mission to sabotage it, the company's stock price will drop. If we cause many traffic accidents in the course of the game, the shares of the Delemain cab company will rise. So we have a similar principle at work here to the stock market in GTA 5. For Stock Market and News System mod to work, we also need the Cyber Engine Tweaks mod, which you can download here. 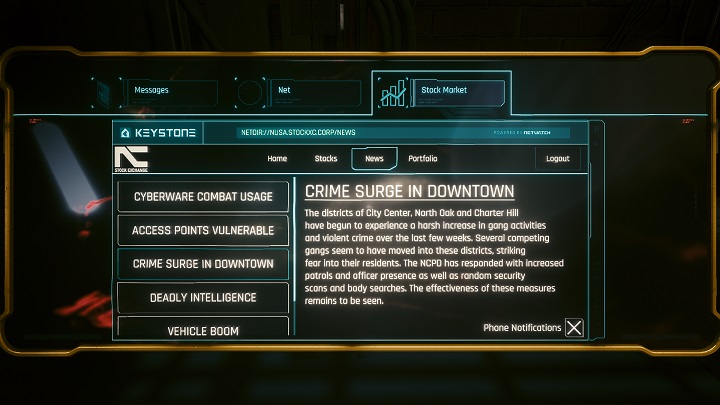 That's not all, however, as the mod also offers 66 messages that you can read on the stock's website. They are generated based on what tasks we have completed. The messages also generate notifications on your phone, so it will be harder to miss them. It's just a shame that such highlights weren't included in the game on release day, but have to be added by fans.

New Path of Exile DLC Gets Release Date and Trailer