The delay of Cyberpunk 2077's release has made a wave in the gaming industry. This included mainly groans of diappointment and complaining about yet another delay, despite assurances from the developers about the gameplay and content being pretty much done. More about the reasons for the delay (and not only that) was said by the CEO of CD Projekt Adam Kicinski during an investor call (via Reddit). The Pole denied that the reason for the delay was the coronavirus situation. Simply put, the final stage of the development is very demanding, given the size and complexity of the game. 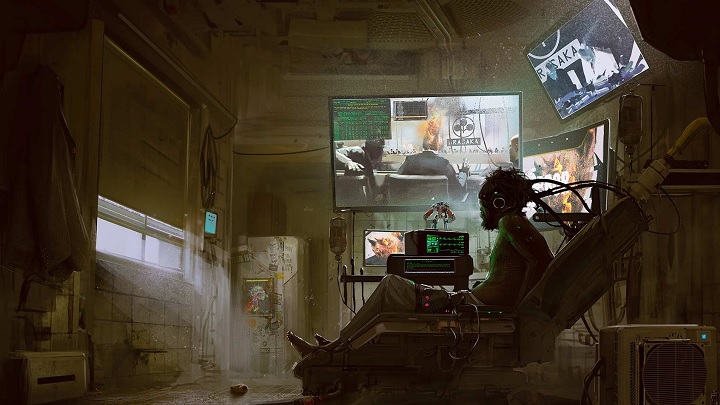 The waiting for Cyberpunk 2077 is immensely long.

Adam Kicinski has also, in a way, confirmed the assurances of content and gameplay being completed in the current version of the title. Press representatives from all over the world have already had the opportunity to familiarize themselves with Cyberpunk 2077 through streaming to prepare their announcements, which will be published after the Night City Wire show on June 25. Their "demo version" is limited in time, but apart from that, journalists have full freedom. The only missing features concern the plot - the creators do not want to reveal too much about the game's story prematurely - and yet unadressed bugs. However, don't expect a flood of gameplay videos. Kiciñski mentions "reading" of the announcement, which suggests that apart from the official materials from CD Projekt RED we will only receive press articles. The team does not expect any live events in the near future.

During the conversation there were also questions of Cyberpunk 2077's release on ninth generation consoles. Kicinski confirmed that the game will be playable on PlayStation 5 and Xbox Series X on the day of game's release (if both platforms are already available, although CDP's CEO believes they will debut at a similar date). The title will immediately receive the first update for next-gens, with 'first' being the key. We will wait until 2021 for the real next-gen experience. Fortunately, the relevant update will be available for free to owners of Cyberpunk 2077 on any console, including PlayStation 4 and Xbox One.

Kicinski also briefly mentioned, among other things, the planned expansions (to be released "soon") and the delay in the release of the multiplayer mode, accounting for the postponed launch of the base game. The full content of the conversation can be found at this address.

Shortly after, CD Projekt Red confirmed Kicinski's words on Facebook. Cyberpunk 2077 editions for PlayStation 4 and Xbox One will be compatible with their ninth generation counterparts. The game will also receive - as the CEO said - a free update dedicated to next-gen platforms. This applies to both boxed and digital editions.Cyberpunk 2077 will launch on November 19 on PC, PlayStation 4, Xbox One and, if they are available by then, Xbox Series X and PlayStation 5.