Some time ago Eagle Dynamics released the biggest update so far for its flight simulator DCS World - version 2.7. The most visible change in it was a new cloud rendering technology, raising the quality of graphics to a whole new level. However, the patch was only available for the test version of Open Beta. Today, patch 2.7 will appear in the official stable version and the creators, wanting to encourage even more people to engage in virtual flying, have prepared a new version of the free-to-play program, enabling us to test for free several add-ons with planes and maps, which on average cost around $50 each.

The free content applies to all aircraft and maps, in addition to the separately available story campaigns. Each module can be tested for a period of 14 days within six months. Once the 14-day limit has been used up, it will automatically renew in the following six months. For example, if you use up the whole period for the F-16C Viper in June, in January you'll have a new option to test this aircraft for 14 days, probably in a completely new and improved version. The modules can be tested separately, or sequentially, at our own discretion.

Additionally, new players who create an account on the official website of Digital Combat Simulator will receive a 50% discount on their first purchase. Unfortunately, the new free-to-play program and the discount do not apply to Steam, where DCS World is also available. 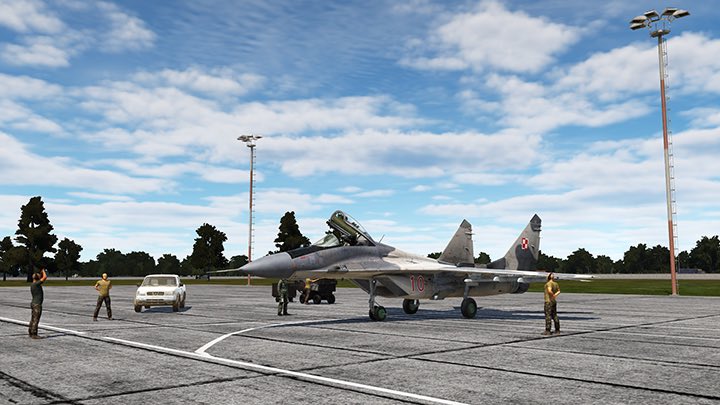 DCS World is once again open to new players. Each module can be tested for 14 days until the end of the year.

DCS World offers a full range of aircraft to choose from. From World War II fighters, through attack helicopters, to aircraft from almost every period of the Cold War conflicts and up to the 2003 invasion of Iraq. Maps include: Persian Gulf, areas of Syria, Normandy, English Channel and the (always free) map of the Caucasus with Georgia. The best modules for beginners can be found in the Flaming Cliffs 3 set, e.g. F-15C, A-10A, MiG-29 and Su-27, which are much easier to use than the rest.

It's also worth mentioning that soon, a module with Mi-24 Hind helicopter and a new free map of Marianas (an island archipelago in the Pacific) will appear in DCS. At the end of the summer, we will see the release of the AH-64 Apache attack helicopter, known for such classics as Gunship 2000 or Jane's Longbow.

Battlefield 2042: Content of EA's 'Love Letter' May Have Leaked as Early as March