Most people waiting for Deus Ex: Mankind Divided are probably wondering right now what will happen to the players choices from Deus Ex: Human Revolution, as the first chapter of Adam Jensens adventures offered four different endings, but the sequel doesnt allow us to import our saved game. Weve mentioned the topic during our recent visit at Eidos Montreal. To our question how exactly will the ending of the first game affect Mankind Divided, the games executive drector  Jean-Francois Dugas  responded that, in fact, all of the games endings can be considered canon:

 When you think about it, there are only three people who know what really happened [in the finale of Human Revolution]: Eliza Cassan, Adam Jensen and the person with the controller who plays the game. Therefore, in the world of Mankind Divided there are rumors, there are beliefs and questions, there are people who think they know the truth  its all perverted () but ultimately nobody knows what happened. Apart from that, there are two years between the games, so probably Adam Jensen went though some things in the meantime. 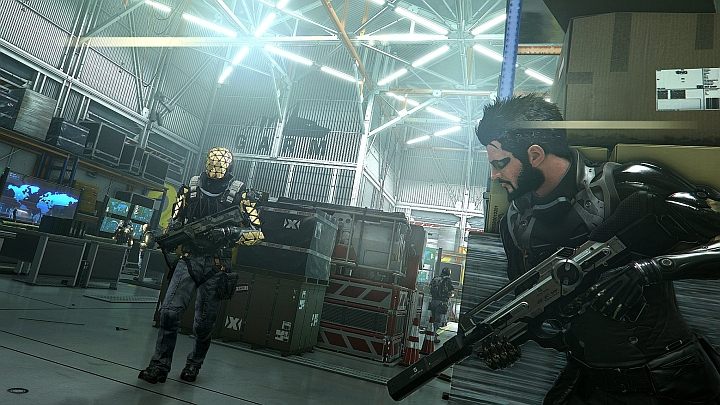 So far, the pre-release impressions of the game have been enthusiastic, to say the least. Will Deus Ex: Mankind Divided turn out to be one of the best game of the year?

Weve also learned that choosing an ending in Mankind Divided will be a bit more complex that the now infamous four buttons featured in Human Revolution. You can find this and more in our hot preview, where we recorded our experiences from a 6-hour long hands-on with the game:

And finally, we kindly remind you that Deus Ex: Mankind Divided is slated for release on 23rd August, this year. Your new portion of cyberpunk stories starring Adam Jensen will be delivered to PCs users as well as the owners of PlayStation 4 and Xbox One consoles.

Batman: The Telltale Series Episode 1 to launch in August [UPDATED]

Court adventure Bohemian Killing to come out this week

Batman: The Telltale Series Episode 1 to launch in August [UPDATED]