Pictures of the press version of Diablo 2: Resurrected have appeared on the Internet. Its content, however, makes many players wish that it would be available for purchase as soon as possible. The gadgets contained in the large box are a real treat for fans of the series. 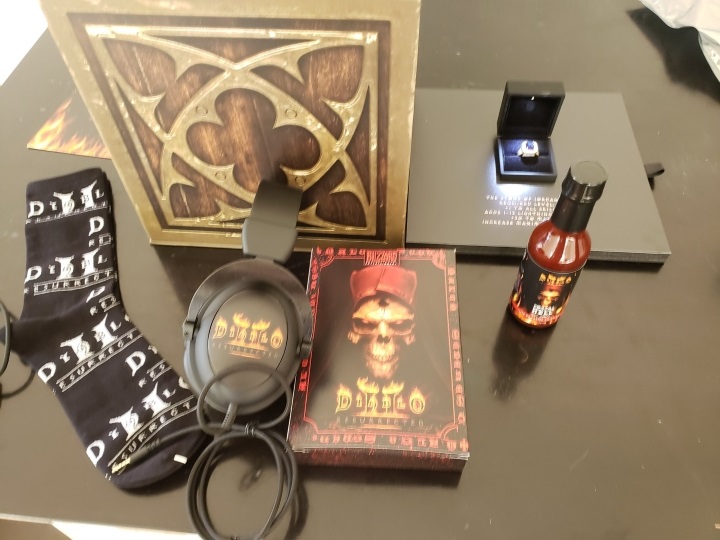 The set includes the game in a special packaging and some interesting extras: headphones with the game's logo, socks, and hot sauce, which was called Portal to Hell. Most attention, however, players attracted the last element of the bundle.

In a small casket there is a replica of the Stone of Jordan. The cardboard stand also presents the ring's stats, taken directly from the game. I must admit that this particular element of the set looks really impressive. The possibility of owning it also outside the game would be a real treat for most fans. 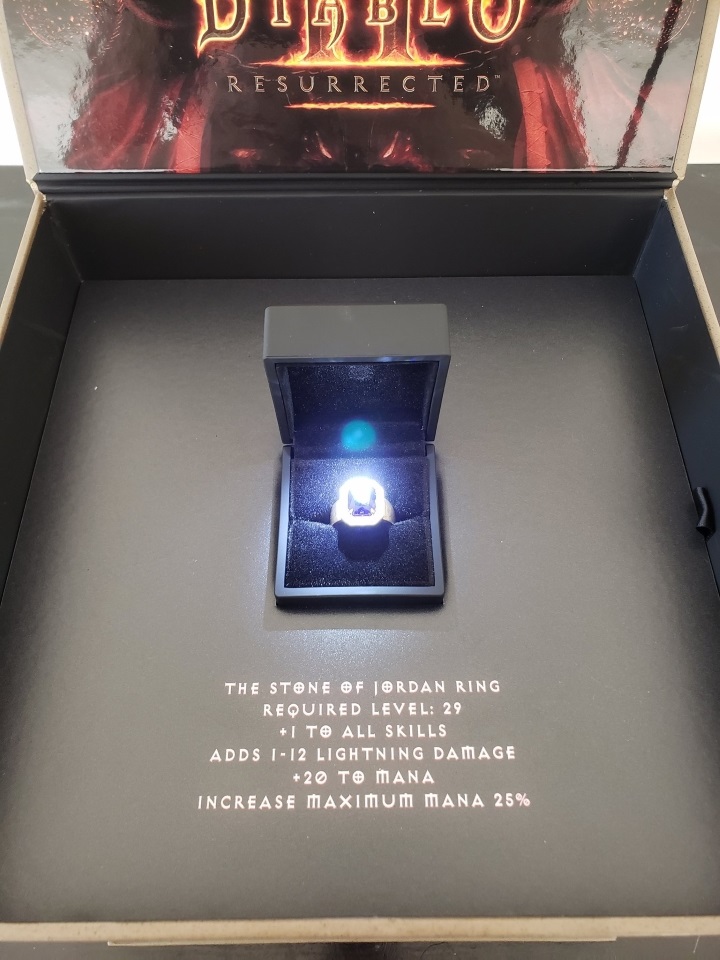 This is also an interesting choice on the part of Blizzard Entertainment. The Stone of Jordan is an item which plays a special role in Diablo 2. At one point, the ring was even an alternative currency. Its sale (in appropriate number of pieces) enabled the player to summon a special boss known as Über Diablo.

Unfortunately, this set is unavailable for sale. However, fans keep their fingers crossed that it will be available for purchase in the future.