It's safe to say that the Dota 2 community has waited, waited, and finally got what it wanted. The latest update will help newcomers get acquainted with the basics in a simple and accessible way - at least that's what the developers claim. In other words - Dota 2 will finally get a useful tutorial, which will replace the previous one - an object of universal criticism.

The date of introduction of changes is not accidental. Today, the animated series DOTA: Dragon's Blood premieres on Netflix, which will probably attract a lot of casual players to the MOBA game from Gabe Newell's stable.

What improvements are waiting for new players? First of all, from now on people starting their adventure with Dota 2 are to stop being bombarded with a huge amount of complex information, such as in the item shop, which will now get a simplified version, more transparent for newcomers. 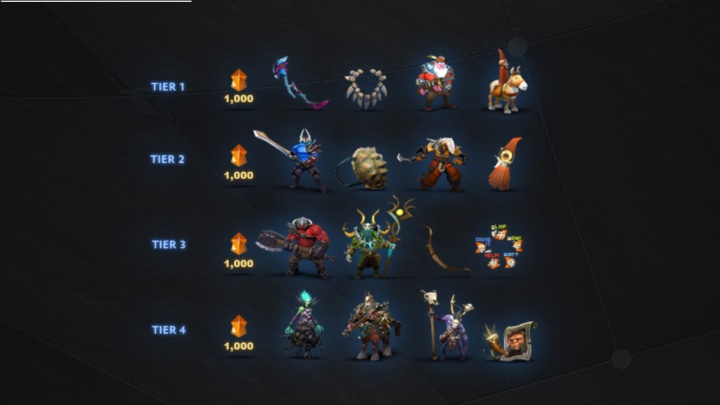 Among the new features for new players are new objectives and rewards for completing them; source: dota2.com

As an added incentive for newcomers, there will be missions to complete and rewards for completing them. The quests will focus on learning game mechanics such as vision control on the map and teamfights. The rewards for completed quests are divided into 4 tiers.

A new mode - New Player Mode - will also be used to learn the basics:

"It's helpful to limit the amount of information a player has to absorb while first learning a game. In a normal game of Dota that's a difficult task. So we've created a New Player Mode based on the concept of our old Limited Mode, featuring a small and stable hero pool that will let players learn the basics without encountering new heroes and abilities in each game."

Valve also wants to level the playing field by pitting players of equal skill levels against each other.

"To keep an even field, solo-queue new players will always play with and against other solo new players when queuing in this mode. They won't meet any parties or Dota veterans."

Speaking of characters and skills, from now on new players will have access to hints about them, both in the menu and during gameplay.

Also worth mentioning is the possibility of coaching assistance from experienced players. Newcomers will be able to ask for help from Dota 2 veterans who will give them tips via text and voice chat, as well as through the ping system on the map.

It's worth noting that Valve has acknowledged the efforts of the game's modding community, which itself has begun working on improvements for Dota 2's rookies. A tutorial created by a group led by streamer SirActionSlacks will be incorporated into the one prepared by Valve.

The new update can be expected later today. If you are interested in what else new Dota 2 players can find for themselves, the full list of improvements can be found here.

Asterix & Obelix: Slap Them All! Launch Coming This Fall