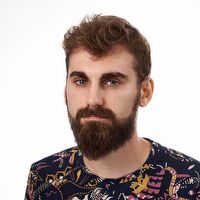 If you were wondering whether Hogwarts Legacy will retain fidelity to the movies, rest assured - you will feel right at home in the game world.

The Witcher 3 Next Gen With New Update; Patch Notes

The Witcher 3 has received a handful of improvements as part of Update 4.01, which rolled out today. The patch mainly focuses on the game's performance and stability.

The Witcher 3 Next Gen With New Update; Patch Notes

Fan support for Dwarf Fortress seems to have no limits. At the beginning of December, the game went on Steam - since then, players have backed it with an exorbitant amount of money.

The Crew Motorfest, a third part of the popular racing game series from Ubisoft, has been announced. The game's trailer goes for familiar vibes similar to Forza Horizon.

New information has emerged regarding Starfield. One of them is that we still do not know when exactly the game will be released.

A remake of the first Dead Space may contain clues pointing to a possible Dead Space 2 refresh.

A recent interview with the director of The Last of Us games may have caught the attention of fans. It shows that the third part of the series may be made, but not forcefully.

New SpellForce Game Release Date; Different Than the Others

A trailer for SpellForce: Conquest of Eo has hit the web, revealing the release date. The spin-off of the popular fantasy strategy game series will debut soon.

New SpellForce Game Release Date; Different Than the Others

Mac Walters, director of the Mass Effect series, has announced that he has decided to leave BioWare after nearly two decades. He says it's „time for a change.”.

Leaks have surfaced suggesting that Triumph Studios will announce the next installment of its strategy series, Age of Wonders 4, during today's conference.

Why is Ubisoft Delaying and Canceling Games? Employees Explain

Ubisoft has not had the best run lately. Delays and cancelations have taken a toll on the company's finances. Some employees have spoken out anonymously about internal problems.

Why is Ubisoft Delaying and Canceling Games? Employees Explain

The director of Redfall, the latest work of Arkane, admitted that after this open-world title, the developers will most likely return to more linear productions.

EVE Online players can rub their hands together in glee. According to the developers, 2023 will be full of interesting developments in the world of the space MMO.

The Witcher 3 Next Gen Boxed Edition Soon in Stores

Yesterday, news of a likely boxed edition of the next-gen The Witcher 3 emerged, and today CD Projekt RED confirmed the revelations.

The Witcher 3 Next Gen Boxed Edition Soon in Stores

Cristiano Ronaldo has recorded a significant 'drop in form' in FIFA 23, with the Portuguese striker's rating dropping to its lowest level in 12 years.

Dwarf Fortress, which recently hit Steam, is doing well, keeping the players interested. The developers decided to thank the fans and show off the finance stats.

Diablo 3's Annual Event Will Take Us Back to First Game

Diablo 3 players will soon be able to revisit locations from the iconic first part. All as part of the Darkening of Tristam event, which will be launched in early January.

Diablo 3's Annual Event Will Take Us Back to First Game

Another Small Patch for The Witcher 3 PC Goes Live

CD Projekt Red has announced the release of another small update for The Witcher 3 on PC. And this time the hotfix is aimed at improving stability.

Another Small Patch for The Witcher 3 PC Goes Live

CD Projekt Red has announced that it has released a hotfix for the PC version of The Witcher 3 to improve the performance of the next-gen update.

The expansion for the acclaimed platformer Cuphead has garnered quite a following among gamers. Today the developers showed off the sales results. They are impressive.