System requirements for Dying Light 2 on PC have appeared online. It seems that thanks to C-Engine - proprietary engine of Techland, the Polish company responsible for the game - the title will be nicely optimized and will run even on slightly weaker computers. However, owners of powerful rigs should not feel aggrieved, because, in order to enjoy all the visual bells and whistles prepared by the developers, their GPUs with ray tracing support and fast SSD drives will prove indispensable.

The minimum and recommended configurations to run Dying Light 2 with and without ray tracing can be found in the graphic below. The title will be released on February 4, 2022, on PC, PS4, PS5, XOne, XSX|S, and Switch (the latter version via streaming). 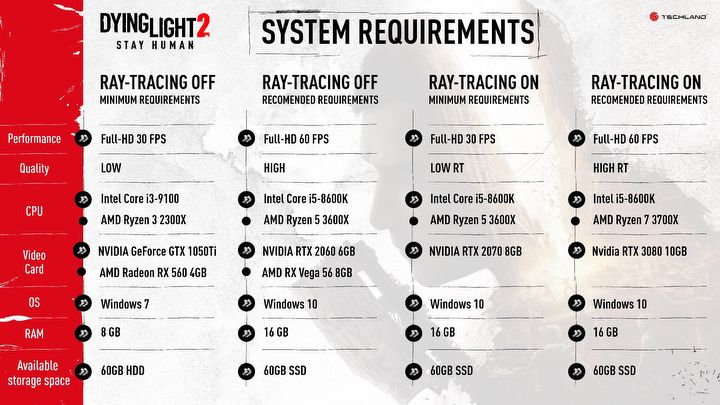