Although it's been over a year and a half since the launch of Star Wars: Battlefront II, the scandal associated with pushy microtransactions in this game still has its toll on the entire industry. As new countries have begun to set up committees to study the relationship between random lootboxes and gambling tendencies, representatives of large publishers often attend meetings with government representatives to explain the various mechanics of monetisation. And as you can easily guess - Electronic Arts, the company, thanks to which this practice gained such fame in the last several months, is a regular at these meetings, defending lootboxes at all costs. 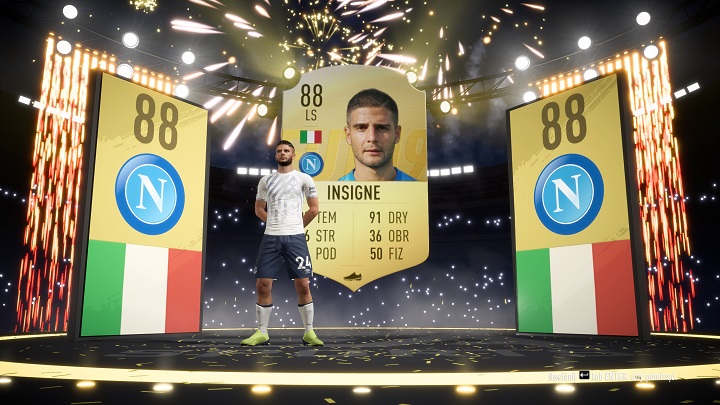 Lootboxes in such games as FIFA bring gigantic profits to EA, so the company's representatives defend them like lions.

The latest opportunity to try to defend boxes with random content came to the company during yesterday's meeting of the UK Parliamentary Committee on Digital, Culture, Media and Sport. At a meeting also attended by Epic Games representatives, EA Vice President of Legal and Government Affairs, Kerry Hopkins, said that players really like this element of video games.

"First of all, we don't call them lootboxes, we refer to them as "surprise mechanics"... If you go to a toy store and look for surprise toys, you will discover that people like these things. They like surprises. It's something that's been around for years, whether its Kinder Eggs, or Hatchimals, or LOL Surprise. We do think the way that we have implemented these kinds of mechanics  and FIFA of course is our big one, our FIFA Ultimate Team and our packs  is actually quite ethical and quite fun, quite enjoyable to people."

Unfortunately, we will not know for a long time whether this argument has convinced the government's committee, but I personally have some doubts about this. When comparing lootboxes - sorry, "surprise mechanics" - to chocolate eggs with toys, Kerry Hopkins forgot to explain why after the launch of Star Wars: Battlefront II the web exploded with negative comments on EA, while no one strikes at the headquarters of Kinder. She also didn't mention the issue of addiction to these features, the ludicrous amounts of money spent on boxes, or the fact that players are moving their Origin account locale to Belgium to avoid randomly generated items in Apex Legends. It does not seem that such a justification of the implementation of lootboxes convinced anyone, but it can certainly put the reputation of EA at a further disadvantage among gamers who are disturbed by aggressive ways of monetization. Or rather "a mechanic for surprize spending of money."