In May 2017, an original combination of space shooter and roguelike, Everspace, appeared on PC and Xbox One. After a year the title was released on PlayStation 4, and a few months later on Nintendo Switch. As it turns out, the developers from Rockfish Games were secretly working on a new project, which will be officially announced on August 19, the day gamescom 2019 starts. Although the title and target platforms have not yet been disclosed, we have already learned the first information about its contents. 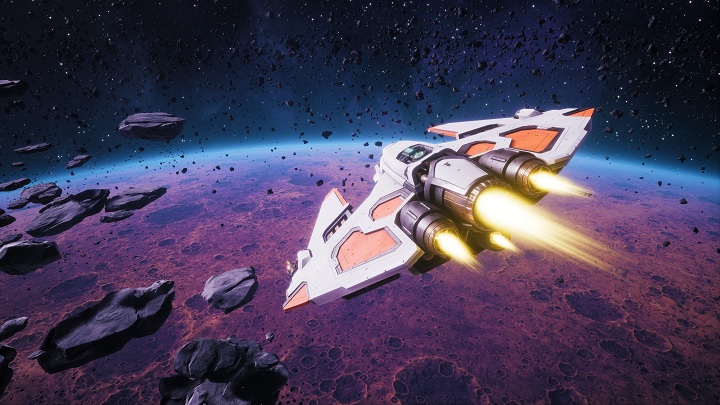 While the new game from Rockfish Games team seems to follow the path of Everspace, it will also add something unique.

Let's start with the fact that the new work from Rockfish Games will be a space shooter enriched with RPG elements, which, in terms of the pace of action and style of the graphic design, will evoke associations with Everspace. The devs will provide us with a vast fragment of the universe, where we will encounter alien civilizations, mysterious space anomalies or finally all sorts of opponents to eliminate. In the official announcement there was also a mention of acquiring better and better equipment, which evokes associations with "looter shooters" like Destiny or Anthem.

This is where the information about this enigmatic project comes to an end. Considering the existing portfolio of German developers, it can be assumed, however, that similarly to Everspace, the new game will be powered by Unreal Engine 4 technology, which should ensure high quality graphics.