2K Games unveiled the first trailer for WWE 2K20. We also learned about release date and the content of the special editions. The game will be release on October 22, this year.

The official launch of Samsung Galaxy Note 10 and Galaxy Note 10+ is approaching, and there are more and more information about the devices on the web. Recently, one of the „leakers” posted information on his Twitter about the official prices of the smartphones, which shows that the phones will be cheaper than previously expected.

The first long gamplay from FIFA 20 was released on the web. The wideo comes from the finals of eWorld Cup in FIFA 19. Unfortunately, no major changes (compared to the previous version) were made.

A free beta version of Secret Neighbor - a online game based on the Hello Neighbor universe - was released on Steam. Anyone interested will be able to check the title until August 19.

Huawei has been working on Hongmeng, the company's proprietary OS for some time now. Until now, it was not entirely clear whether the OS would be available on smartphones. The Chinese Global Times reports that it will be so, and the first device of this type will debut later this year. We even know its price.

We've gathered all the major announcements from EVO 2019 into one news, including The King of Fighters XV, Romance of the Three Kingdoms 14 and the new Guilty Gear, as well as further DLCs for Soulcalibur VI, Tekken 7 and Samurai Shodown.

We would like to introduce you to a selection of the most popular games on Steam wishlists.

Ninja has reasons to be satisfied. His first day on Mixer proved to be very successful and the stream was more popular than his latest Twitch broadcasts. 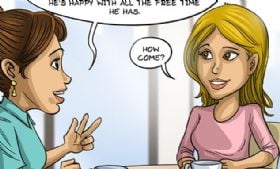 Android Will Enable Us to Choose Search Engine

Reuters agency reports that Google will enable the choice of a default search engine on mobile devices running the Android system beginning from 2020. Companies will enter an auction, and those who pay the most will appear in the system.