In less than two weeks, players around the world will be able to once again take on the role of an evil genius, build their own secret lair and try to take over the world. On March 30, Evil Genius 2: World Domination, the sequel to the humorous real-time strategy game from 2004, will hit the market. To make the wait for this title a little more pleasant, Devs at Rebellion published its next trailer. Here it is:

While quite a few of the scenes in the trailer were created using CGI animation, there are plenty of gameplay fragments as well. We are offered a small glimpse of how it will look like to expand our base, take care of the morale and proper motivation of our evil staff, conduct research, send our minions on various missions, accumulate wealth or fight the forces of good. What's important, we'll be able to capture all our actions with a photo mode, which will appear in the title for free on the day of release.

At the very beginning Evil Genius 2: World Domination will offer, among others, four evil geniuses and four different campaigns. Over time, however, more elements will be added, both free and paid. According to Rebellion representatives, the latter will include a new playable (anti)hero and a hideout, as well as more henchmen, types of creatures, rooms, traps, items and much more. All details, including the release dates of each new feature, are to be provided after March 30. 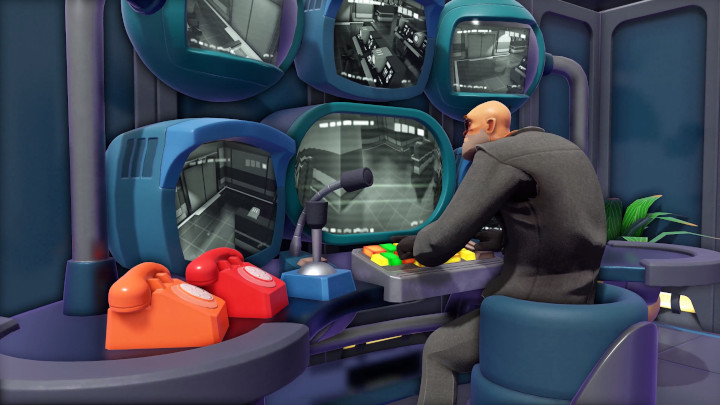 Working in the base of an evil genius requires constant vigilance.

Evil Genius 2: World Domination is coming exclusively to PC. We can buy the game in two versions - standard and Deluxe Edition. The latter, in addition to the game itself and the usual pre-order bonuses in the form of additional items, will include season one pass, which includes one campaign pack, one item pack, two henchmen packs and two staff packs. Additional details can be found here on the Steam platform.

It's also worth mentioning that until the release, both the standard edition of Evil Genius 2: World Domination and the Deluxe edition will be available for purchase at a 10% discount. On the other hand, if we own the first Evil Genius on Steam, we will receive a 15% discount.