In October 2018, Pete Hines from Bethesda estimated that Fallout 76 would receive official support for fan modifications in November 2019 at the earliest. It seems that this deadline will not be met. As Chris Mayer, who manages the development of the project, said in a conversation with VG247, first the devs have to make their work support private servers created by the players, and only then they can think about the mods. At present, almost all game systems "have round trip from the client to the server to get it validated by the server and back to the client". However, Mayer is aware of the importance of mods for the Bethesda gaming community, so support for them is still on the developer's to-do list. 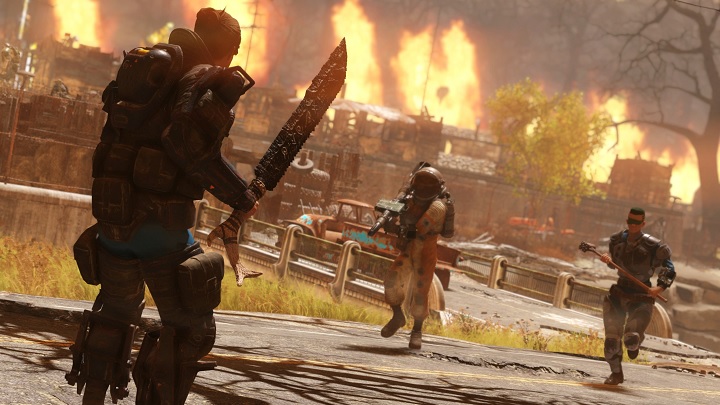 The Fallout 76 devs try to maintain a balance between repairing the bugs of their work and enriching it with new content.

And the fact that the devs of Fallout 76 are listening to the fans of the series is best proved by the fact that the upcoming update titled Wastelanders will feature NPCs. Mayer confirmed that although the authors' original intention was that the NPCs should not be implemented, after listening to the voice of the community, they came to the conclusion that the concept was definitely not to its liking. On the other hand, in his opinion, the fact that NPCs appear in the game only now is quite a good composition with the story layer of the game- for here the players have begun to rebuild the world, which is gradually re-populating again. Interestingly, interactions with the NPCs will be highly personalized - we will not be able to experience group decision-making or other attractions of this type. Of course, if we play in a group, the remaining members of it will also be able to have a chat with a given inhabitant of the wasteland, but each one of them will hear his or her own conversation.

Another thing is that developers have limited "processing power", which means that when listening to the voice of the community, they have to maintain a balance between dealing with their work's bugs and preparing new content. If the latter is not given due attention, even the most loyal players will get bored with time and leave Fallout 76, as Mayer says. However, this has negative consequences - some of the optional challenges remain significantly bugged from the release date. Although this does not mean that the creators will never take care of them, they first have to deal with more burning (in their opinion) issues.