The FIFA series sells every year at a level unattainable for the competition, but it is also plagued by numerous issues and glitches every year. It is no different this time, because FIFA 21 was swarming with bugs. Recently we mentioned a surefire way to score goals (even too sure perhaps). Just for you, we have gathered in one place the problems plaguing EA's production, so that you know what works and what doesn't.

The main menu takes the brunt of criticism, and justly so, as it is cosmically slow on all platforms (even on PC with unlocked fps) and freezes at the least appropriate moments. Users even compare it to Windows 98 in terms of fluidity (definitely not a compliment). The main problems that plague the game menu are: stuttering animations, completely broken line-up window after a formation change during match, disappearing players during line-up building in FUT or lack of my club tab in Ultimate Team mode. In addition, the menu on the consoles gives the impression that it sometimes runs in 30 and sometimes in 60 fps, which only intensifies the feeling of frame loss. 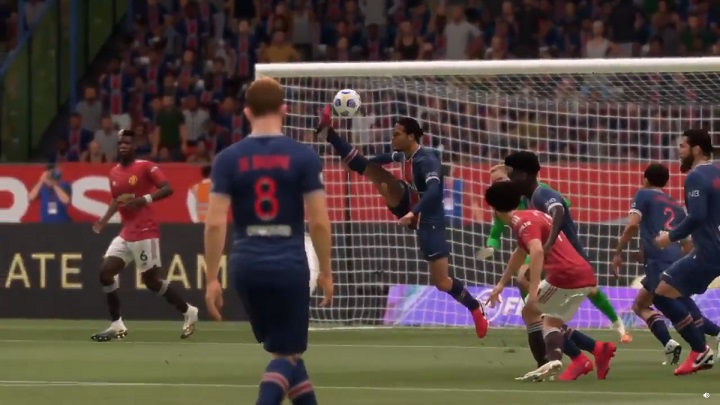 Must have hurt. You have our sympathy, Virgil.

Less common, but probably more annoying, are the animation glitches in the game. Such as in the popular video, where Virgil Van Dijk makes an almost vertical split during an intervention. After watching such a video, we should no longer be surprised when players accuse FIFA of being scripted. Of course, such animation problems concerns not only the Dutchman, but also other players in similar situations.

There was a reason why EA has changed the rules of Division Rivals. Since this year the formula of the game resembles that of FUT Champions. So in a week we have 30 matches to play "for rank". Unlike in FUT Championships, we can continue to play in Rivals, but... it will not give us much. Of course, we will gain more qualification points for the Weekend League, but we won't get any higher in the weekly ranking. This was supposed to prevent Rivals from being used as a "farming mode" for challenges, because from now on the first 30 matches would be of great importance. Unfortunately, the effects seem to be counterproductive and players are frustratedby the new gameplay system. It's too hard to keep up with the current division, as the match limit doesn't allow for more opportunities to get even. In addition, the reward system for individual ranks is, according to the players, unbalanced and does not motivate them to play better. 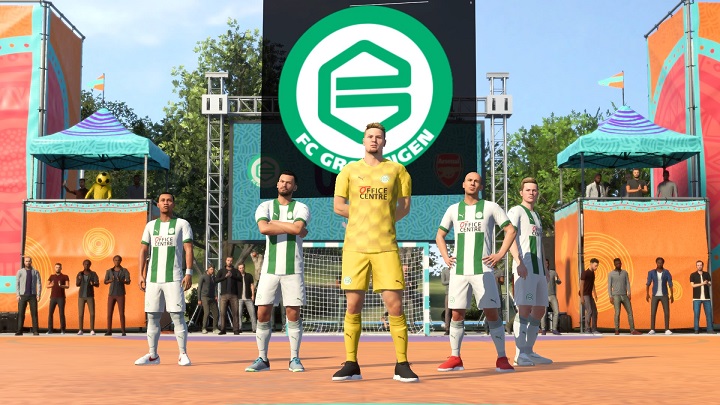 Volta rather than FUT should be used for juggling the ball all over the field.

In terms of gameplay, the current installment doesn't look so bad, which also seems to show in the ratings of players and reviewers. This does not mean, however, that EA has avoided any mistakes, because apart from dancing Virgil Van Dijk or the corner kick goals we also have to deal with a certain play, which definitely requires patching. We are talking about running while lobbing the ball with the right knob. Having a player with appropriately high attributes (and a rival with appropriately low skills in defense) we can run through the entire field like this. The case is so bizarre because it is simply very difficult to take the ball from an opponent playing like this, because our players do not seem to have a proper reception animation. The only solution in this situation is to make sure that the trickster is tackled by a strong player at the right time (which usually ends with a yellow card).

The last thing worth mentioning is the foul system, which is currently very badly balanced and yellow cards and penalty kicks are common like sand in the desert. This causes that sometimes in a match there are more penalty kicks than free or corner kicks, which should definitely not happen.

It remains to be hoped that EA will get down to fixing its game in the upcoming updates as soon as possible, because apart from these issues the game is doing really well. If I were the Canadians, I wouldn't want the positive reception of the title to be spoiled by bugs as easy to eliminate as a stuttering menu or the balance of Division Rivals mode.

FIFA 21 debuted on PC, Xbox One, PS4 and Nintendo Switch on October 9. The release date on PS5 and Xbox Series X is not yet known, but it is speculated that this will happen around the launch of new consoles.