The EA Play Live show, which took place yesterday, could have been a bit disappointing for FIFA fans. They were only given a short gameplay teaser from the next-gen installment, mixed in with parts of gameplay from Madden NFL 21 (see below). Luckily for them, however, the official FAQ for FIFA 21 has also appeared on the official website of Electronic Arts, from which we can learn more details. First of all, it says that the latest installment of EA Sports' virtual football will have its official launch on PC (Origin and Steam), PlayStation 4 and Xbox One on October 9, this year.

However, it's important to remember that we're dealing with EA, so the question of when we will be able to play FIFA 21 is not so simple. Customers who decide to buy the Champions or the Ultimate Early Edition will be able to start playing three days earlier, on October 6. We can find the description of the remaining bonuses included in these editions on this page. Some people may be interested in the "Career Mode Homegrown Talent". Thanks to this bonus, when we start playing as a coach in a club of our choice, we will receive a young, local player with world-class potential. It will be up to us to guide his development and whether we sell or keep him, making him a pillar of the team.

And don't forget EA Access (for PlayStation 4 and Xbox One) and Origin Access (PC) subscribers. As usual, they will be able to test FIFA 21 in action as part of the trial. It will be released on October 1. 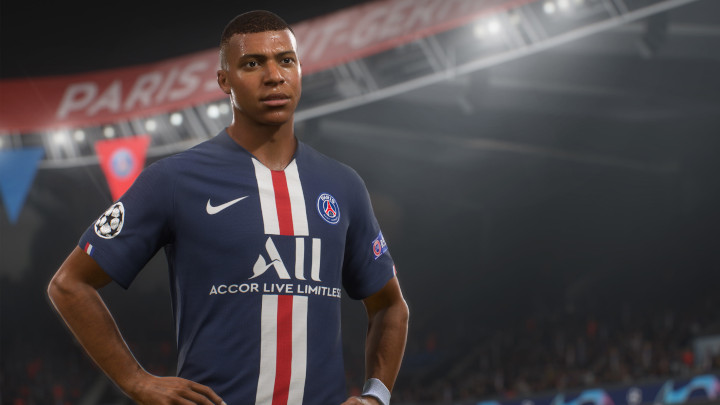 Mbappe is one of the faces of FIFA 21.

However, we're still talking about the current-gen version of FIFA 21, and as we all know, and as was mentioned in the introduction, it's also heading for the next generation. As the developers assure, the next installment of the iconic football game series for PlayStation 5 and Xbox Series X will be an improved experience, at least in technical terms. The power of the new consoles will enable better player models, animations and behavior, more realistic weather conditions, a new system of lighting and rendering graphics or surround sound. All this is intended to make the atmosphere of the stadiums reproduced in the game more evocative than ever. 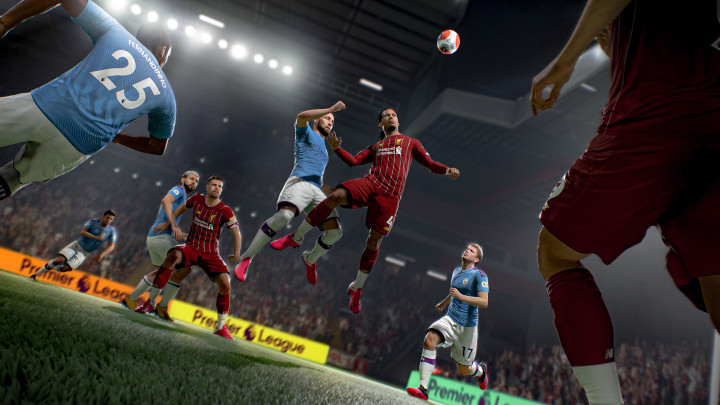 Clashes in the air are an indispensable part of football.

What's important, all those who purchase FIFA 21 on current-gen before FIFA 22 is released will be able to receive free digital copies of the title for next-gen platforms. So if we start playing the game on the day it's released on PlayStation 4, we will be able to, at least partially, continue the game on PlayStation 5 with better audiovisuals (the same applies to Xbox consoles). The newer version will carry over the details of all items we have purchased and acquired in FIFA 21 Ultimate Team mode, Volta progress and bonuses from purchased versions of the game. Unfortunately, all other modes, such as Career, Pro Clubs and Net Seasons, will have to be started again.

This offer applies to both digital and physical copies of FIFA 21 on PlayStation 4 or Xbox One. But if we intend to buy a next-gen console without an optical drive, then we'll also need to have FIFA 21 in digital edition to unlock the improved version.

The question remains, what about PC gamers? Will they also be able to enjoy FIFA 21 on next-gen consoles? Unfortunately the answer is "no". This time PC owners will only have to make do with current-gen release.

FIFA 21 is also coming to Nintendo Switch (Legacy version, which is devoid of many modes and gameplay improvements) and Google Stadia. The release dates of these editions are unknown so far. 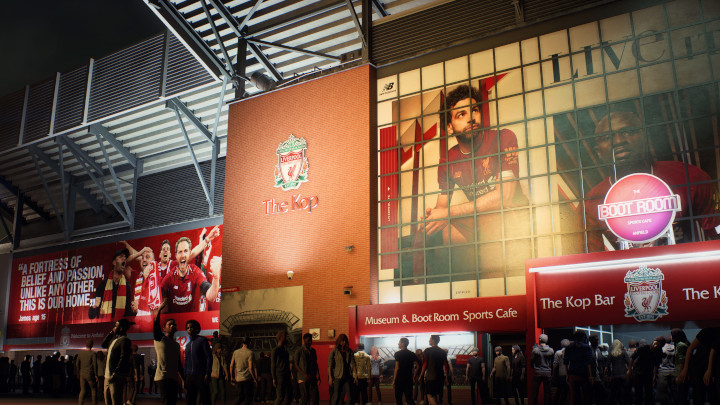 The atmosphere of stadiums should be one of the strengths of FIFA 21.

Last but not least, EA Sports is planning to introduce crossplay to FIFA, enabling players from different platforms to compete with each other. Unfortunately, apart from this assurance, so far the studio has no other news on the subject. When they do, they will share it with the community. 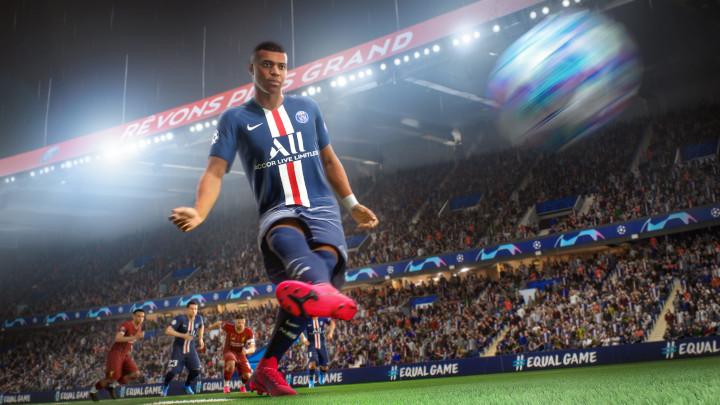 We have to wait a little bit longer for the full presentation of FIFA 21.

Those wishing to learn more about the gameplay, as well as the various modes and new features in FIFA 21, which may include the licensed Copa Libertadores (South American Champions League) tournament, will have to wait until August. This will be followed by a more detailed presentation of the game.