The day has come that many virtual football enthusiasts have been waiting for for a long time. Today marks the official release of FIFA 22. The latest installment of the football series from EA Sports is available on PC, PlayStation 4, PlayStation 5, Xbox One and Xbox Series X/S. A Nintendo Switch edition is also available, but unfortunately it has been truncated in comparison to the edition on "major" platforms.

By the way, a new trailer for FIFA 22 has also appeared online. Here it is:

It is worth reminding that although the actual launch of FIFA 22 took place a few hours earlier those who decided to buy the Ultimate edition can play since September 27. In turn, on September 22, EA Play subscribers received access to a 10-hour trial version. Therefore, they can easily check whether the game is worth their money.

FIFA 22, at least in its release on next-gen consoles, was received quite warmly by the industry media. On Metacritic the average rating of the PlayStation 5 edition is 79/100 (based on 30 reviews), and for the Xbox Series X/S - 78/100 (based on 17 reviews). Praise has been given to the game's Hyper Motion technology, which enables players to move in a more natural way, improved goalkeeper AI, and an improved ball handling "feel". However, there are voices that the changes are relatively few and those expecting a huge revolution will be disappointed. More details can be found in this news. 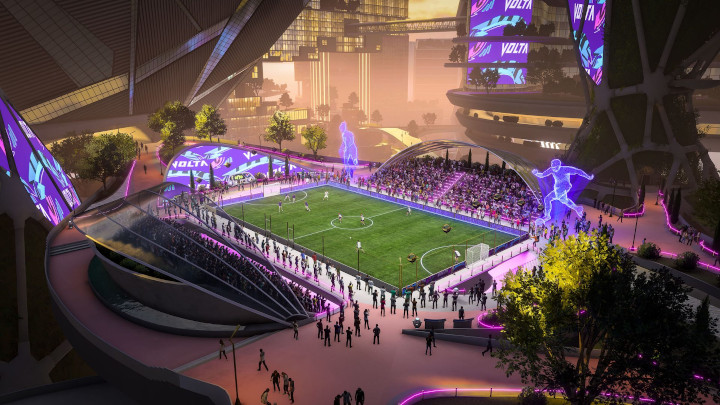 In FIFA 22 you can play on very colorful pitches.

Finally, here are the official system requirements of FIFA 22 on PC. However, before you decide to purchase the latest football game from EA Sports on this platform, take into account the fact that it doesn't include all the new features found in the next-gen console releases. This includes the aforementioned Hyper Motion.