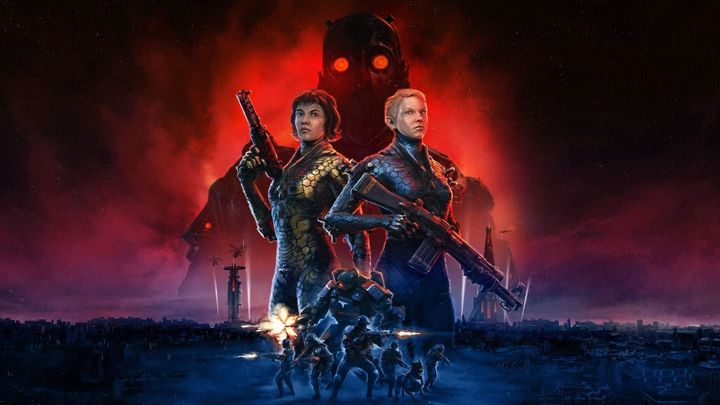 Tomorrow will see tha launch of a spin-off to the FPS series from MachineGames (this time supported by developers from Arkane Studios) - Wolfenstein: Youngblood. In the game we play the daughters of the main protagonist of the series, B.J. Blazkowicz, who will fight the Nazis in Paris in the 1980s (in an alternative version of history). The title will also introduce another novelty to the franchise - a co-op mode. If you're afraid of how such a different installment of the series will look like, we recommend that you read the first reviews that have just surfaced on the web - unfortunately, there aren't many of them, because the reviewers received copies of the game only at the beginning of the week. The production has also received a launch trailer, which you can watch below.

It seems that we are dealing with a successful title, though not devoid of certain flaws. Most reviewers praise the fun in the co-op mode, but many of them complain at the same time that the plot plays a much less important role in this production than in the previous games from the series. Additionally, the gameplay is hindered by numerous problems and poorly designed solutions.

Wolfenstein: Youngblood is an aggressively okay co-op shooter that doesnt come close to recapturing the joy of its predecessors action or its surprisingly interesting characters and story. It doesnt completely fumble the fun of its weapons and abilities or counteract the pleasing sensation of squishing Nazis between your toes, but it does make it harder to enjoy at seemingly every turn with an out-of-place leveling system, busted stealth gameplay, some aggravating boss fights and inadequate checkpoint saves. Frankly, I expected more from the Blazkowicz twins," reads the review published on IGN.

Youngblood excels as an entertaining shooter with the right kind of RPG elements and choices. However, when compared to the stellar and shocking storytelling of previous Wolfensteins, this entry comes up short. It has a few interesting breadcrumbs about what happened in the aftermath of Wolfenstein II, including the fates of a couple characters, but this outing is mainly focused on the exploits of its dynamic duo. As far as protagonists go, Jess and Soph are likeable goofballs  a detour from their sad-sack papa  but they dont have any real character development. As someone who adores the saga MachineGames has constructed, I didnt mind the lack of an engaging story that much because Youngblood is such a generously entertaining romp," reads the review on Game Informer.

Please note that Wolfenstein: Youngblood will be available on PC (via Steam and the Bethesda store), PlayStation 4, Xbox One and Nintendo Switch.