Another installment in the popular game series that started the FPS genre, and at the same time the fourth installment in the Wolfenstein series developed by Swedish MachineGames studio. Youngblood is a dynamic FPS that not only continues the formula from its predecessors but also introduces the cooperative experience.

In Wolfenstein: Youngblood the action takes place a few decades after the events shown in The New Colossus. The legendary B. J. Blazkowicz vanished without any trace, however, his daughters picked up the baton. Players assume the roles of Jessica and Sophie, who land in Nazi-occupied Paris in the 1980s, and their main objective is to aid the local multiplayer in fighting the occupier.

Similarly to the previous installments developed by MachineGames, Youngblood presents extremely dynamic action players can observe from the first-person perspective. The developers give at our disposal a wide selection of deadly weapons we have to use to fight through the waves of regular Nazis as well as super-soldiers and killer robots. What makes this game special is the focus on the cooperative mode  the game truly spreads its wings when players can play with their friends.

Wolfenstein: Youngblood was developed using the same technology as Wolfenstein II: The New Colossus, thus all the audiovisual changes affected the style of the game that is now inspired by 1980s. Youngblood does not lack synthesizers and bright colors that obviously are designed to fit the world ruled by the Nazis. 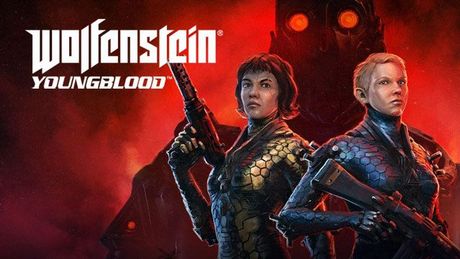 Wolfenstein: Youngblood Review  Not the Wolf We've Been Waiting For

I hear every generation wants to change the world. The daughters B.J. Blazkowicz turned Wolfenstein into an RPG looter-shooter without loot. What came out of it? Let's just say that their father wouldn't be proud...

We've learned the release date of the upcoming shooter Wolfenstein: Youngblood. The game will launch near the end of July, this year. A new gameplay trailer has also been published.

During the AMA session on Reddit, the developers from MachineGames announced that despite being a spin-off of the series Wolfenstein: Youngblood is to provide as much fun as the previous full-fledged games in the series - and even more.

During the Bethesda conference a new trailer for Wolfenstein: Youngblood was presented. The title will tell the story of two daughters of Blazkowicz who will have to find their father in Nazi-occupied Paris.

A new gameplay footage from the upcoming spin-off of the Wolfenstein series, Wolfenstein: Youngblood, has surfaced on the web. In the game we will control the daughters of B. J. Blazkowicz.

Wolfenstein: Youngblood will be released in Germany without censorship of Nazi symbols. This is the first game of this series, which German players will experience without any cuts.

Bethesda Softworks has revealed that it will use Denuvo in Wolfenstein: Youngblood, a new installment of the FPS series that will be released on PC next month.

The announcement of the latest GPU from Nvidia is coming. According to the leaks, on this occasion, the company is preparing a free package of games for those who buy the latest card from the Super series.

Bethesda has shared the official hardware requirements of Wolfenstein: Youngblood. There are just over two weeks left before the launch of the title.