Teenagers in the USA spend more on digital entertainment than ever before. As reported by semi-annual report prepared by Piper Jaffray, which asked about the spendings of 8000 people with an average age of 16.3 years from 47 states. We can learn from it that young men spent on average 14% of their income this year on games and various types of microtransactions. Only two categories recorded a higher score - food and clothing. 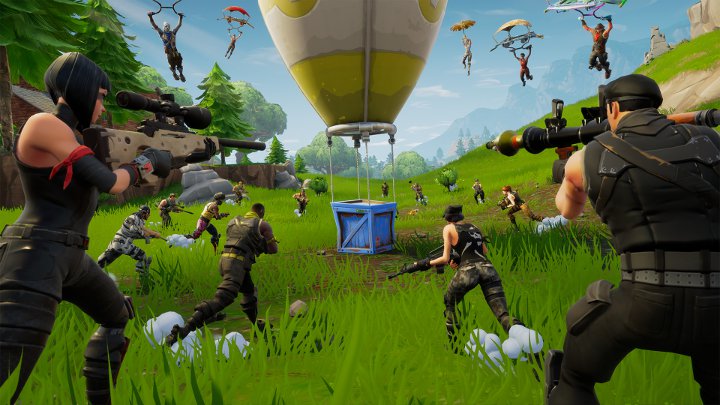 As some of you may have guessed, a lot of interest in digital entertainment among modern American teenagers is largely due to Fortnite. As many as 15% of respondents admitted (via Business Insider) that they didn't play video games before the outbreak of popularity of the famous online shooter from Epic Games. In turn, 13% said that the title had prompted them to test other productions. This is a significant increase over the previous report from Piper Jaffray.

Of course, Fortnite's role is not limited to attracting young people to video games. It's the title that players like to spend most of their money on, which may be a bit paradoxical for some people, considering that it is a free-to-play game. In 2018, Epic Games earned $2.4 billion on microtransactions alone, which is an all-time record in the gaming industry.

Looking at these percentages, it's hardly surprising that Epic Games has so boldly entered the digital distribution market with its store. Many industry observers confirm that many Fortnite players are just entering the world of digital entertainment and will soon be looking for other titles. And if they have them at hand on the platform they know so well, they're not likely to be eager to move on to the competition.