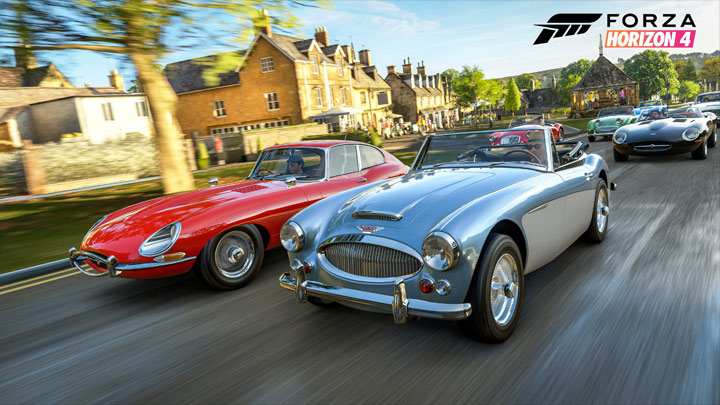 Forza Horizon 4 was a great success.
FORZA HORIZON 4 IN A NUTSHELL:

Microsoft boasts that more than twelve million people have already played Forza Horizon 4, the racing game from Playground Games. This impressive result was achieved in less than eleven months after the release.

These 12 million is made up of both PC and console players. The number cannot be easily translated into sales results. Forza Horizon 4 is also available as part of Xbox Game Pass subscription.

Forza Horizon 4 launched on October 2, last year. The game was released simultaneously on PC and Xbox One.

The title was warmly welcomed. Xbox One version has an average score of 92% onMetacritic, and PC edition has a score of 88%.

Since launch, Forza Horizon 4 has been intensively developed. 75 new cars have been added to the game for free. The number will soon increase, as the Series 13 Update will be released in a few hours. It will introduce 2018 Italidesign Zerouno sports car and a few additional Porsche models to the game.