The dust hasn't settled yet after revealing the release date of Gears 5 (the game will launch on September 10), and we already have for you a new (admittedly a but small, but highly nutritious) portion of specifics about this title. First of all, it was confirmed that the game will feature a cooperation mode for up to three people. One of them will play as Jack, a floating bot that can not only protect its allies, but also deal some damage. The devs describe this character as "ideal for beginners". However, this is not the end of new facts.

We know how Gears 5 will run on Xbox One X. During The Coalition's broadcast dedicated to the multiplayer mode , Rod Fergusson confirmed that while in local multiplayer mode, owners of the "most powerful console in the world" can expect 4K and 30 frames per second, in other modes the image will be displayed at 60 fps. What about the standard version of Microsof'st console? Well, no questions were asked, so Fergusson didn't go into the subject. 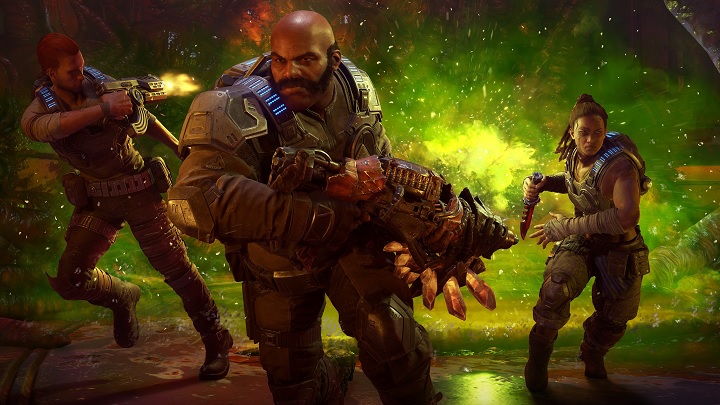 Interestingly, Fergusson argues that he's a big fan of split-screen, so he doesn't like the fact that in the "race" for resolution and fps, developers decide to marginalize local multiplayer. Another matter is that in his opinion, implemention of such functionality is a big challenge for developers. Suffice it to say that it wasn't until his second game based on Unreal Engine 4 that his team mastered it well enough to provide a constant 60 fps at 4K resolution. It is worth remembering that in Gears of War 4 we had to choose between one or the other; fortunately, in this case there will be no such mistakes.