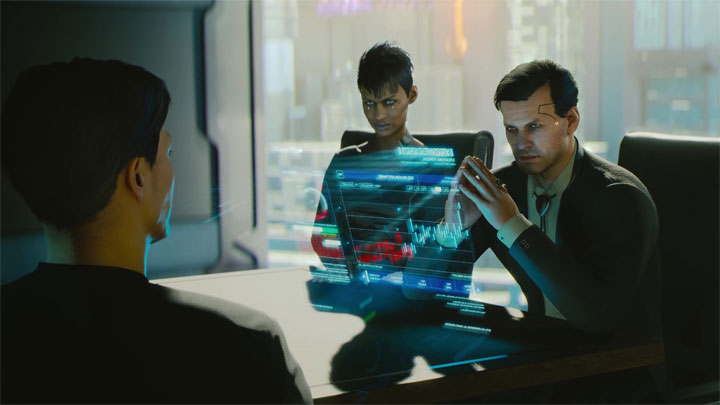 "So what's it gonna be? RPG or action game?"

When you think of Cyberpunk 2077, most of you will probably automatically associate it with the action RPG genre. After all, it is being made by the devs of The Witcher series, which is definitely a role-playing game. Until recently, CD Projekt RED also maintained this terminology - Cyberpunk 2077 was advertised primarily as an RPG. You may not have noticed this, but the narrative has changed recently. This does not mean of course that from now on the title ceases to be an RPG and will officially become be an FPS or pure action game. Something may be true, however, since in all the latest announcements from the creators, instead of RPG we seen an "open-world adventure game". But let's start from the beginning.

Remember last year's E3? It was when the marketing machine associated with the latest production of CD Projekt RED was launched. We searched the web for messages that came from the creators at that time. One of the information was the one published by the creators on the official website of CD Projekt. The very beginning was as follows:

In August last year, we received almost 50 minutes of gameplay footage from Cyberpunk 2077. The material focused on many aspects, including dialogues, shooting (from a first-person perspective), world exploration and even driving a car. Already then many fans began to have doubts about the balance of the mechanics typical for RPG and action games. The creators, however, already at the beginning (about 2 minutes into the video) pointed out that this will be a production that will focus mainly on roleplaying, and the FPP is only to provide a greater immersion.

Then came the time for an interview given by Patrick Mills, the CD Project RED quest designer, for Gamesradar. You can read it here. Asked why add the option of creating and developing a character in an FPS game, he answered:

Well, its an RPG. Its an RPG before its a shooter. And its really about making a character and inhabiting that character and living in this world and making choices from not just the point of view of that character but also of yourself. With The Witcher, you had Geralt, and Geralt had history. He had decades of books, games, comics and even a television series, with a new one on the way, and it was about guiding him through his story. But with this, we want it to be your story. So really, putting you in first person is the only way to do that.

The narrative changed during this year's E3 fair. Yesterday's announcement about the release date from the official website of the CD Project reads:

Cyberpunk 2077, the upcoming open-world, action-adventure story from the creators of The Witcher 3: Wild Hunt, will release April 16th, 2020 on PC, PlayStation 4 and Xbox One.

The situation is similar on social media. The word RPG disappeared from game descriptions, for example on Twitter, and instead we got an open-world action adventure game. Note the description under the video on the tweet below.

It's also worth noting that while looking for Cyberpunk 2077 on Google, you may still find "old" descriptions calling the production "a dark future role-playing game", but when you enter the site - you won't find a word about RPG. However, before you start to negate the fact that the creators have changed the concept and want to force us to play an action game (because such comments appeared on the Internet after the presentation of the game in FPP), let's look at the wider context of things, shall we?

It is very probable that the change of the genre isn't worth a dime. It is possible that the creators simply want to expand the target audience (after all, action games and broadly understood sandboxes sell better than RPGs). This does not mean that they will give up their chosen path and that any typical role-playing game elements will disappear. The topic should be considered much more in the category of marketing activities, and not possible changes in the game.

We have asked CD Projekt RED to comment on this. We'll let you know when we get a response.

Cyberpunk 2077 will be released on April 16, 2020 on PC, Xbox One and PlayStation 4 (and probably also on next-generation consoles in the future). You can also see the unboxing of the collector's edition and place pre-orders for the game. The title reached the top of the besteller list on Steam in a few minutes after the official release date was revealed.