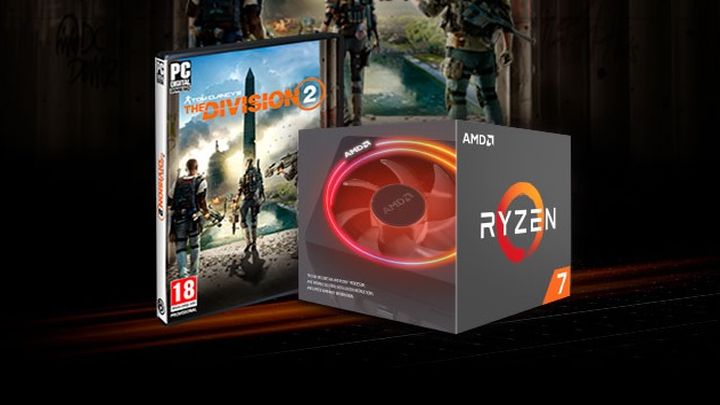 Recently AMD has been pampering the players, who are looking forward to free copies of popular titles attached to components from this brand. Since mid-November, those who buy one of the three following Radeon models: RX 570, 580 and 590 can count on a bonus in the form of pre-release copies of The Division 2, Resident Evil 2 or Devil May Cry 5, and the recently-launched offer has some interesting gifts for people who buy the AMD Ryzen processors.

As part of the offer, when buying one of several promotional CPUs from this manufacturer, a free copy of The Division 2, whose release is schedule for mid-March, will be added free of charge. The game is a continuation of the warmly-received multiplayer shooter from 2016. The bonus will be given when buying one of the following models:

Theres still time to take advantage of this opportunity  the offer will last until April 6 or until the pool of serial keys is exhausted, but we wouldnt assume that it will happen within a few weeks. The serial key for The Division 2 must be used before June 1, 2019.