A few days ago, Intel introduced a new set of ninth generation processors and most of those is devoid of integrated graphics. Unfortunately, their prices are not lower.

AMD has launched the latest promotion in which buyers of selected Ryzen processors will receive a free copy of The Division 2.

The file containing data of almost 773 million e-mail addresses was available to the public on a popular hosting service. The information came from attacks on thousands of different websites.

Although there is still some time left before the release of the new version of Android, codenamed Q, the first unofficial distribution of this OS has already been released, and lets you to check some of the changes Google intends to implement.

Today, Ace Combat 7: Skies Unknown, the next installment of the popular flight combat simulator series, made its debut on PlayStation 4 and Xbox One. The title received high scores in the industry media.

Numantian Games Studio is constantly developing its steampunk strategy They Are Billions in early-access phase. The success of the game translated into the decision to expand the main campaign, but it will extend the production time.

BioWare and Electronic Arts have released a new Anthem video, which focuses on presenting the story and the available armor. It also explains how you can modify your equipment.

Ubisoft presents changes and new features of Dark Zones in Tom Clancy's The Division 2, as well as the Conflict mode.

Netflix published a financial report which states that it does not compete with other streaming platforms, but with video games, especially Fortnite.

Sekiro will feature its own narrative model 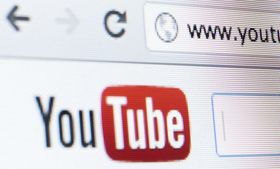 The NetherRealm Studios has revealed the previously hidden cards and presented a new gameplay from Mortal Kombat 11. Moreover, the developers allowed us to have a sneak peak at a few characters.

Keanu Reeves returns as John Wick. The actor, known for his leading role in the Matrix series, will play a paid killer for the third time. John Wick 3: Parabellum will make its debut in May this year.

The animated film Dragon Ball Super: Broly brought more than $5 million in profit on the day of its American premiere. Anime debuted in the United States one month after its official release in Japan.

SuperData Group has published a report summarizing the results of the digital gaming market for the past year. The leader was Fortnite, which generated 2.4 billion dollars of revenue.

To ban or not to ban. To play or not to play. The Fallout 76 drama continues and yes, ladies and gents, we have another dozen of bans due to developer's room.

Jonathan Dumont from Ubisoft, director of Assassin's Creed Odyssey, apologized players in a special statement for the controversial ending of the The Legacy of the First Blade: Shadow Heritage DLC.

Power Rangers fighting game is in the works

An unofficial herald of Power Rangers: Battle for the Grid has appeared on the web. The production looks like a fighting game in the style of Street Fighter series. According to the leak, the title is expected to be released in April this year.