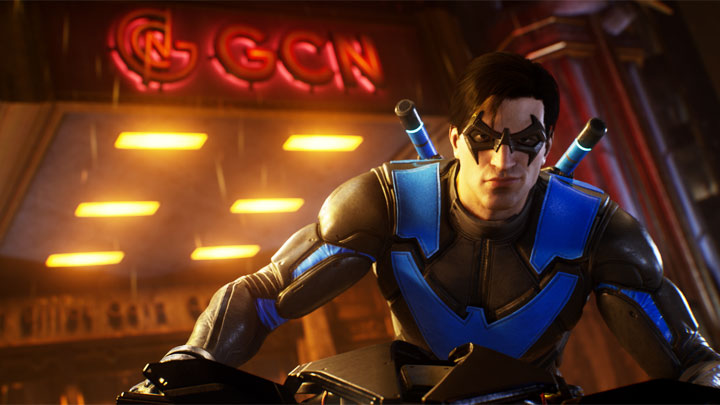 We will wait for the game until next year.

Last weekend, during the DC FanDome event, Gotham Knights, a new game from Warner Bros. Games Montreal known from Batman: Arkham Origins. Now, IGN has published an interview with the creators, which revealed a lot of new information about the project.

Co-op mode. Gotham Knights will not be a live-service game

The co-op mode will enables two players to have fun together. They will not be forced to choose different characters. Nothing will stand in the way of two Robins playing in co-op mode. This will be helped by the progression system, which will often make big differences between even the same characters, depending on the preferences of the player.

The devs assure that those who prefer to play solo will not suffer in any way. When playing alone we will experience all the elements of Gotham Knights. The creators also cut off speculation, stating that the game will not be a live-service game. The project is being developed to encourage numerous playthroughs, e.g. with different characters, but the campaign will offer a closed story and there are no plans to develop the title endlessly.

The combat will be reminiscent of what the Arkham series offered. So we'll use both offensive and defensive techniques, with ranged attacks as part of the combos. At the same time there will be an endurance bar, which will be used up by special abilities.

Unlike the Arkham series, Gotham Knights is supposed to have strong RPG elements, and player characters and enemies will be levelled. This element has caused a lot of controversy, but the devs assure that we won't have to grind to progress the character enough to deal with some missions. The levels are, among other things, to inform us how dangerous the enemies are, so that we can choose the tactics and equipment for the challenge. If we meet a group at a higher level than our hero, it's better, for example, to try a stealthy approach or use gadgets instead of trying to defeat enemies in direct confrontation.

Enemy levels are supposed to scale up to the player's level, but the enemies we will encounter will have a margin of a few levels up and down. At the same time, the increasing level of the hero will affect not only the strength of the opponents, but also the attacks they use and the composition of the groups they will be fighting in.

Each of the four playable characters is to have a unique development tree. It will be strongly branched, enabling us to match our character to our individual gameplay style. In addition, there will be various options for modifying and upgrading weapons and costumes.

All this is to give us a lot of freedom in creating our own vision of a given superhero and for example our Nightwing will differ from the version of this hero that belongs to another player.

The character's inventory will include melee weapons, ranged weapons and costumes. The latter are to exist in several variants, but the possibility of modifying their appearance will be rather limited. However, players will be given rich options to change the outfit's function with accessories.

The game world is to be fully open. From the very beginning of the game we will be able to visit every corner of it. There will be no places where access will require a certain level of development.

The action of the game will take place over many days. The missions will be completed only at night. We will spend the days in the base, where we are to analyze the clues, talk with Alfred and other characters, create equipment using the crafting system and generally prepare for what we will do after dark.

Beginning of a new series

The creators revealed that from the very beginning the game was designed as the beginning of a separate series, not a continuation of the Arkham series. It is possible that in the future we will see more adventures set in the universe of Gotham Knights.

At the same time, the devs stressed that the plot of the game is not an adaptation of any comic book story. While creating the script, the developers obviously drew on the rich history of Batman and Gotham city, but the story told in the game will be something original.

As a reminder, Gotham Knights is coming to PC, Xbox Series X, PlayStation 5, Xbox One and PlayStation 4 and will be released next year.

Fans Fly Across the World to Watch Tenet